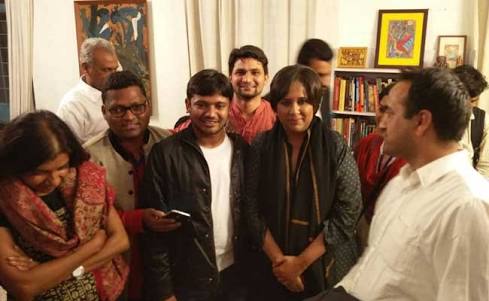 The idea of India has been distorted, it is persistently being denigrated with attempts to glorify the perpetrators, and this has brought us on the brink of severe national crisis. It was not just a lone occurrence in the JNU, a prestigious Indian university, it is rather happening everywhere, in all parts of the country, rural or urban, advanced or under-developed, and the same is being repeated despite its cruel impact on the socio-political landscape of the nation. News reports are chockfull with anti-national happenings, and what worries more is that the journalism of independent India, along with many from the intelligentsia, is behaving in an exactly contrary manner to how it worked in the pre-independent India.

Difference with the past performance of media

Those were the days when print media ushered in a new wave of nationalism in the society that was oppressed at the hands of colonial rulers; I fear, had the same electronic media, which is sensationalizing all events in today’s India, been a part of India’s struggle for freedom, personalities like Mahatma Gandhi, Tilak and Motilal Nehru would be projected as villains, and people like Jinnah and other advocators of partition be portrayed as heroes of the mass. True, Jinnah and other Muslim League leaders had their part of contribution in the nation’s fight against imperialism; however it was the Indian National Congress and its socialist and secular leaders who can be justly regarded as the genuine forefathers of the Indian populace.

A similar milieu exists today when the voices of rebellion are strong enough and adding to them is the illicit support of Indian media and handful of intellectuals. Pre-1947 was a fight against the tyrannical rule of the British, but we are democratic country today, we elect our leaders, are free to express our views, can choose any profession we like, can visit any part of India we wish, and above all, dignity is a fundamental right bestowed upon us all. Then does it seem logical to bluntly defy the state in the bid to show our anger against sporadic incidents of caste and communal inequity, which you have to agree, will be a part of Indian society unless we attain the kind of socio-economic development that we envisaged while framing the secular and socialist Constitution.

What after all is ‘Freedom of Speech’

Indeed, if construed in the broadest sense, the right to free speech should not be infringed and ‘dissent’ should be viewed as a permissible extension of freedom of expression. True, when Indians weren’t contented with the British rule, which was superficially the legal order of those days, they dissented, demanded freedom, and used words, speeches, petitions and processions as the way to achieve liberty. That dissent was different to today’s defiance.

The tribal rights issue that has culminated into an uprising for rights can be understood in this context, their demands, which deserved a legal entitlement have been incorporated in many government’s policies; at the same time, however, when the media or intellectuals sympathize with the cause of Naxalites, accord justifications to their violent struggle, it isn’t dissent or right to free speech, it is a clear disregard to the legally established law of the land, an attack on country’s legitimate state of affairs. Similarly, according rationalizations to what happened in JNU or to the demands of Kashmiri separatist groups or of north-east tribal groups is nothing more than allowing and endorsing anti-national movements. 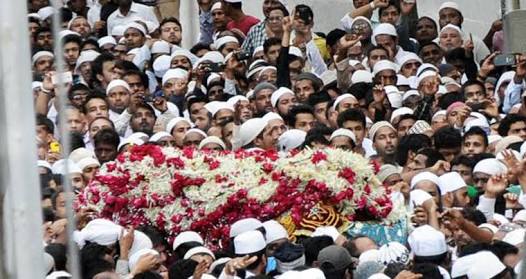 Yakub Memon, Afzal Guru, Syed Geelani or Yasin Malik weren’t natural heroes, the media and our intelligentsia created them- media to tap the benefits of TRP and intelligentsia to extract recognition and some political mileage. It can even be said that many political leaders of today, many of whom are known offenders and indulged in cases of corruption owe their birth to this sensationalist media. Yakub Memon’s funeral procession, where thousands of supporters vowed end of Indian supremacy, was nothing but a slap on the face of those who until the last day appealed for commutation of his death penalty. But they want more of this.

Why is education regarded as the most crucial pillar to development- since if the youth knows about history, science and social landscape, he will be able to bring in advancement. But what we are imparting to the youth of today in the name of education and journalism is a sheer feeling of discord towards the government, a sensation of separatism and anarchism. This is the very defeat of the Constitution which anti-nationals try to illicitly invoke when charges of sedition are framed against them; this is the failure of the expression, ‘Union of States- India’, as conceived by our forefathers.

Why isn’t the media able to realize that the environment that they have created today will one day eat up even their own presence, for violence and the wave of mayhem spares none- the media, the opposition political parties, the so-called intelligentsia and with them the common Indian will bear the brunt of this knowingly committed felony. 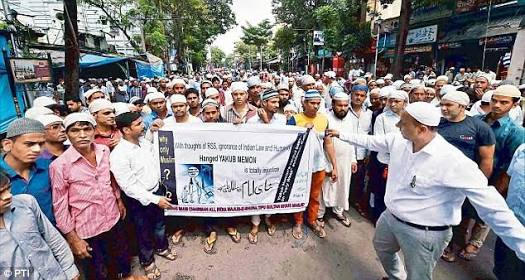 Even then, the Indian Democracy will never fail

The Indian democracy and its dominance aren’t so delicate. They have survived many attacks from across the border and also from within, they will not fall prey to the tactics of pseudo-seculars and so-called neo-nationalists. Still, those who aren’t capable of reaping the benefits of independence from foreign rule even until this date- the impoverished and socially backward- demand from the media and its panelists an atmosphere where rightful demands are raised, they demand a platform where chronic poverty, malnourished children, gender inequity and crimes against Dalit are judicially deliberated, not just JNU incidents and Hurriyat’s agenda sensationalized and endorsed.

Take on the enemy in your own fold

Be it the BJP or the Congress or any other government, they need support from the public and all other stakeholders so that the dreams of the founders of Indian Constitution be realized. Sadly, many of these stakeholders are busy creating heroes out of anti-nationals and in this blind race are forging an alliance with the perpetrators. Rightly said, you can defeat the enemy on the other side of the border since he has a different appearance, but the one who is on your side of the line will hold the key to your defeat, since he will be concealed, yet will be the decider of your failure.

The ones out on bail have been reprimanded by the judges in their judgments; hailing them as heroes in campuses and on news channels will be like chopping off the branch you are resting on. Lastly, we urgently need to demarcate our real heroes, Gandhiji, Tilak and others from the ‘created ones’, if we are to attain the highest echelons of growth and dignity. 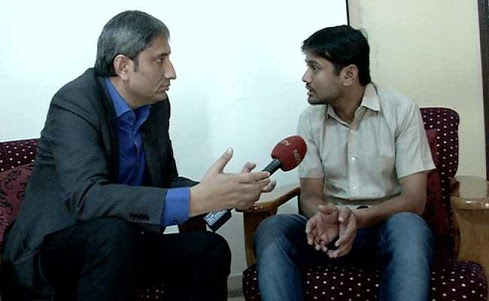 103 thoughts on “Creating Heroes out of Anti-Nationals”