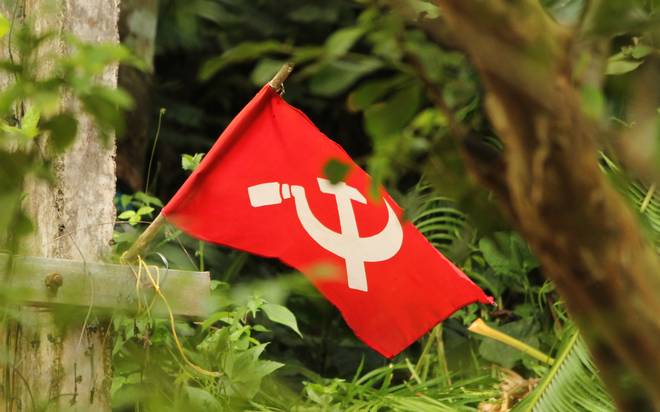 No matter how many times and for how long you flog it, and how big a crowd gathers to watch the spectacle and bet on its revival, a dead horse remains dead. Its carcass won’t spring back to life and become a racehorse, let alone win a trophy. All it is capable of doing is to attract a swarm of flies and maggots that spread deadly diseases. In the circumstances, the only sensible thing to do is for the rider to give the dead animal a decent burial. Furthermore, there is a popular quote credited to multiple sources, which says: “Politicians are like diapers. They should be changed often, and for the same reason.”

When the aforementioned quote and the case of the dead horse are juxtaposed, the picture that leaps to one’s mind in today’s context is the moribund political system of Communism. Dead, buried and forgotten practically almost all over the world, the doctrine is still being flogged in some parts of India where onlookers are eying the spectacle with idle curiosity. Meanwhile, flies and maggots are collecting in droves.

Communism is touted as a one-size-fits-all political theory that, in reality, fits or suits none and has been trashed to the dustbins of history in so many countries across the world. Marxism is an afterthought or a later day version of Communism that has itself become a throwback on the times. Born in the early 20th century in a strife-torn Europe, Communism was transmogrified to the testing ground of Russia, which buried monarchy and lapped up the revolutionary ideology.

In India, Communism had its golden triangle in Tripura, West Bengal and Kerala, where democratically-elected governments had their heydays for long. Whereas the Eastern and North Eastern citadels have since collapsed one after the other owing to people’s disenchantment, surprisingly the people of Kerala are still serenading the chimera with the passion of a besotted lover.

However, lately, there are tell-tale signs of despondency already overtaking the people of India’s southernmost state too. As such, the Keralites cannot remain oblivious to the writing on the wall any longer. The artful deceit of the wallpapering of the cracks in the system or the whitewashing of their own excesses, by the champions of the truncated ideology, is fast tiring the people out.

Communism has collapsed in all its strongholds in the world like a house of cards not because of an onslaught by its arch enemy, Capitalism, but due to an implosion from within, caused by the cross-currents of inherent contradictions and irreconcilable anomalies. The concept of a class war, which is an intrinsic part of the Marxist theory proved to be a non-starter and a ludicrous idea. The appearance of the Great Indian Middle Class (GIMC) and the aspiration and the ample scope and feasibility of the proletariat to join the swelling ranks of the GIMC have sounded the death knell of the much-touted Class War between the oppressors and the oppressed. This is something the Communist Manifesto had miserably failed to foresee.

Furthermore, the world never witnessed the much-prophesied phenomenon of an oppressive Capitalist society breathing heavily down the neck of the peasants and the proletariat. At its best, Communism became instrumental for the rise of the trade union movement which, when allowed to run its course unregulated, became a major irritant in the harmonious management-labour chain of production. The workers indoctrinated (read brainwashed) by the peddlers of Communism discovered to their wonderment that a peaceful working relationship with the management greatly benefited both the parties.

On the other hand, when the workers and the trade unions got to enjoy the many benefits accruing from uninterrupted production, optimal profits, assured steady jobs and graded salary structures, the very idea of a confrontationist approach by the proletariat to the employers dissipated in favour of a balanced employer-worker relationship. This was also facilitated by the enactment of laws to ensure job security, better working conditions and incentives for the workers as well as increased production levels and higher profit margins for the employers, by people-friendly governments whose distinguishing feature was the democracy.

Farmers to the Fore

The peasants became owners of their land and masters of their fruits of labour. In a country like India, agriculture is a highly risk-prone vocation, with uncertainties plaguing areas such as water management, famine and drought conditions, cyclones, floods, etc. However, over the years, the State has made the situation more and more bearable for the farmers, with the enactment of farmer-friendly legislation and introduction of welfare measures – the creation of a separate government department under a senior officer to help improve the welfare of the farmers.

This objective was achieved through increased net incomes from the farms with a reduction in the cost of cultivation by depending on various measures such as balanced use of fertilisers, organic farming, expansion of cultivation with assured irrigation, etc. Simultaneously, the government also ensured other facilities such as soft loans for the farmers, waivers of agriculture loans, higher procurement prices and crop insurance, to name a few. With the government functioning as a bulwark between the farmer and his travails, exploitation of farmers by loan sharks or greedy merchants has now become a thing of the past.

Meanwhile, the end of the 20th century witnessed the petering out of imperialism and its total extinction and the simultaneous emergence of nationalism, which is anathema to Communism. Democracy became the accepted norm of governance throughout the world. No authoritarian government could slam the door shut on democracy. Even Communist regimes, therefore, started calling themselves democratic socialist republics although they were anything but democratic!

Meanwhile, as more and more people living in Communist countries came to know of the merits and advantages of the democratic form of governance, they started craving for political democracy and economic liberty. This change in the mindset of the people succeeded in cleansing up the cobwebs created by the theories of Karl Marx and Vladimir Lenin and led to the collapse of Communist regimes in the USSR, East Germany, Yugoslavia, Bulgaria, Czechoslovakia, Romania, Hungary, Poland, Congo, Albania, Angola, Afghanistan and other countries. By the end of the 20th century, most of these countries transitioned to parliamentary or presidential democracy.

Out of the three Indian states where Communists managed to come to power, Tripura and West Bengal have fallen out of their grip during the last few years. As on today, Kerala remains the last bastion of Communism in India. If the protests launched recently by the Ayyappa devotees, against the Sabarimala imbroglio created by the ruling Left Democratic Front (LDF) government is any indication, then here too the Communists will soon start fighting hard for their very survival. Moreover, as more and more Keralites realise that Communism is a failed political ideology that has devastated the economies of more than 25 nations because of which it is quickly disappearing from the world, the demise of Communism in Kerala is inevitable.