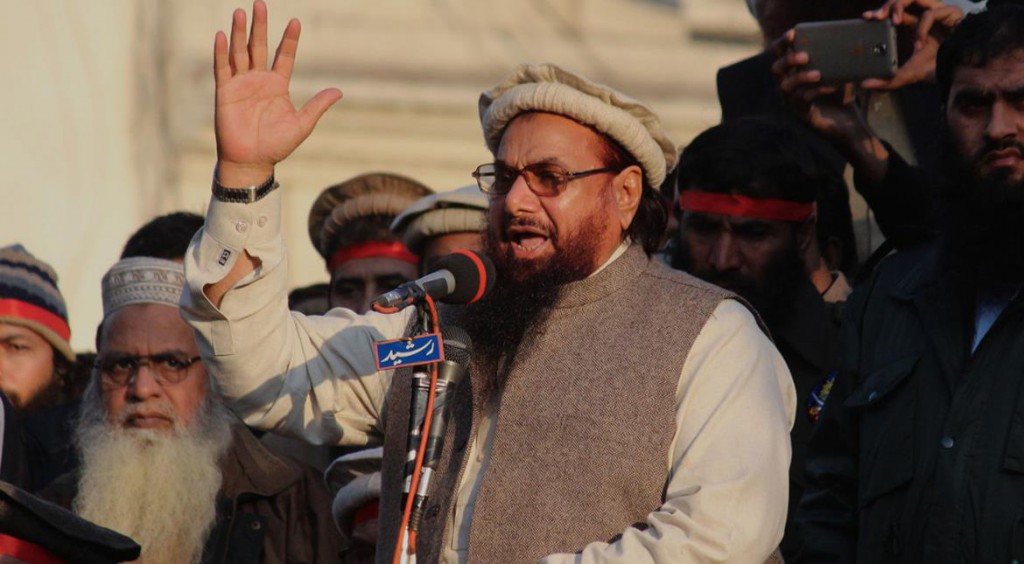 It is common knowledge that Pakistan practises terrorism as a state policy. It foments violence and nurtures extremists to carry out its illegal activities against its neighbours and others. It’s a playground for extremist elements and exports fully trained terrorists to wreak havoc across the world.

It is not an accusation levelled only by its neighbours Afghanistan and India. Western nations, including Britain and the United States, too have spoken about the rogue state’s involvement in promoting extremist activities not only in neighbouring Kashmir, Afghanistan, India, and Bangladesh but also within its own territory of Baluchistan.

For instance, very recently a top American lawmaker said on the floor of the US House of Representatives that the Trump administration should designate Pakistan as a state sponsor of terrorism. Emphasizing that there is a laundry list of evidence of Pakistan’s support for terrorist groups, Congressman Ted Poe from Texas said in June this year that America should cut off military aid and stop giving this rogue Islamic nation any money and remove Pakistan’s status as a major non-NATO ally to the US.

Furthermore, the Western media has often said that Pakistan’s tribal area, bordering Afghanistan, which is largely inaccessible to the outside world, has been a “haven for terrorists”. The Saban Center for Middle East Policy, in its analysis in 2008, had revealed that Pakistan is one of the most active sponsors of terrorist groups across the globe.

Though many countries are aware that Pakistan is a sponsor of Islamic terrorism and have been repeatedly aiding and abetting extremist groups, they have not taken the crucial step of declaring it as a terror-sponsoring nation purely due to diplomatic exigencies. For instance, though Pakistan-based Al-Qaeda blew up the World Trade Centre in New York on September 11, 2001, the US has refrained from declaring Pakistan as a terrorist state because it wants to use the territory of Pakistan to fight against the many extremist groups, which are holed up in that country.

Furthermore, the US has so far believed that it can more effectively deter Pakistan from aiding and abetting terrorists by offering some kind of financial support. Nevertheless, the audacious and incredible attack on the iconic twin towers was a wake-up call for the US. It pitted the “world’s most powerful country” against the reality of a fanatical Islamist entity, Al-Qaeda, which pledged to destroy everything that the West stood for – its institutions, its culture and its civilisation.

The threat was crystal clear to the US from an Al-Qaeda manifesto titled, ‘Why We Fight America’. Vowing to continue the fight against “the infidels”, the document described the 9/11 tragedy as “something natural, an expected event for a country that uses terror, arrogant policy, and suppression against the nations and the peoples…. America is the head of heresy in our modern world, and it leads an infidel democratic regime that is based on separation of religion and state and on ruling the people by laws that contradict the way of Allah…. [Therefore], we have the right to kill 4 million Americans – 2 million of them children – and to exile twice as many and wound and cripple hundreds of thousands. Furthermore, it is our right to fight them with chemical and biological weapons.”

The chilling declaration was too alarming and too close to home for the US to ignore. To fight the Al-Qaeda and similar organisations like the Taliban, the US put together like-minded countries in a coalition. As a frontline country, Pakistan’s active support was crucial in fighting those dreaded terrorists, who were based on the badlands of Afghanistan and Pakistan. Taliban, raised and nurtured by Pakistan ostensibly to fight the Soviet occupation of Afghanistan since 1979, was already a strong force to be reckoned with. It is another matter that the US had covertly supported the Taliban, the so-called freedom-fighters in Afghanistan.

The 9/11 attacks changed America’s world view. The US could no longer ignore the threat from terrorist groups such as the Al-Qaeda and the Taliban. For lending its key support to the US, Pakistan slyly extracted its price. Besides pumping in millions of the badly needed dollars, the US had to rope in Pakistan as an ally of the US in its “war on terror”.

However, the above developments did not alter the ground realities. Pakistan started a dangerous double game. On the one hand, it pretended to be aiding the US war on terror, while on the other it stoked extremism within the country. Pakistani journalist Ahmed Rashid and author Ted Galen Carpenter, a senior fellow for Defence and Foreign Policy Studies at the Cato Institute, have accused Pakistan’s spy network, the Inter-Services Intelligence (ISI), of helping the Taliban and rebels in Kashmir.

Author Gordon Thomas has written that even while aiding the US in capturing Al Qaeda members, Pakistan “still sponsored terrorist groups in the Indian state of Jammu and Kashmir, funding, training and arming them in their war of attrition against India.” Similarly, Journalist Stephen Schwartz has highlighted in his published articles that several criminal and terrorist groups are “backed by senior officers in the Pakistani army, the country’s ISI intelligence establishment and other armed bodies of the state”.

According to Carpenter, the Taliban could not have come to power in Afghanistan without receiving direct support from the government in Islamabad. Pakistani authorities had not only helped fund the militia, but they had also equipped it with military hardware in the mid-1990s. In those days, the Taliban was just one out of the many competing factions involved in Afghanistan’s civil war.

Pakistan does not limit its sponsored terrorism to Afghanistan alone. It has actively supported, politically, financially and with arms, terror outfits in Kashmir calling the turmoil in the northernmost Indian state a “struggle for independence”. As funds from Saudi Arabia and other Gulf countries poured in, a number of extremist madrassas mushroomed in various parts of Pakistan, including the occupied Kashmir. They brainwash young Muslims to fight against India, the West and anything that does not conform to their narrow religious doctrines. Many training camps that impart training in guerrilla warfare, usage of arms and making of bombs operate freely on Pakistani soil. These camps enjoy the active connivance of such state agencies as the Pakistani Army and the ISI.

Former military ruler, General Pervez Musharraf, had conceded that Pakistan had trained militants on its soil. He defended it by saying that the intention was to force India into negotiations with Pakistan to determine Kashmir’s future. He also admitted that the ISI promoted the Taliban after 2001 to counter Hamid Karzai’s popularly elected government in Afghanistan, which Pakistan felt was dominated by non-Pashtuns. The fact that Karzai maintained good relations with Delhi did not help the matters either.

Maintaining hostility with India is probably Pakistan’s raison d’etre to survive. The country was born out of its hatred and resentment against India. By retaining the same animosity, the leadership could easily hoodwink its gullible population and divert their attention from the widespread poverty and backwardness of the country.

With this intention, the country has staged frequent terrorist attacks in India. It has been proved time and again that Islamabad was behind the several terrorist attacks over the years. They included the attacks and explosions in Kashmir as well as the Pathankot and Uri attacks on army camps last year, the Indian Parliament assault in 2001, the devastating series of train blasts in Mumbai in July 2006, the Varanasi bombings in the same year, the Hyderabad explosions, and the November 2008 Mumbai attacks. In fact, the instances of Pakistani-inspired and sponsored attacks on India are too many to mention.

From intercepted communication, the US too has found out that ISI-trained Mujahideen and Taliban are behind several explosions in Afghanistan. These terror bodies perceive as their enemies many countries including India, Russia, China, Israel, the US, Britain and other members of NATO. Satellite imagery available with the FBI bears ample proof of the existence of several terror camps in Pakistan.

Several detainees at the Guantanamo Bay facility have admitted to their US interrogators that the ISI had aided and guided them in organizing terror attacks in Indian Kashmir. The US has ample evidence to prove that ISI chief, Lieutenant General Ahmed Shuja Pasha, knew well about Osama Bin Laden’s presence in Abbottabad, Pakistan. Meanwhile, author and activist Pervez Hoodhboy has revealed that Bin Laden was the ‘Golden Goose’ that the Pak army had kept under its watch. However, to its chagrin, the Goose was stolen from under its nose. Until then, the plan was to trade in the Goose at the appropriate time for the right price, which could have been in the form of dollars or as political concessions.

The world now understands Pakistan’s double game. In September 2016, Ted Poe, Chairman of the US House Subcommittee on Terrorism, along with Congressman Dana Rohrabacher from California, had introduced a bill in the House of Representatives, which called for declaring Pakistan, a “state sponsor of terrorism.”

In July 2010, then British Prime Minister David Cameron had also accused the Pakistani government of sponsoring terrorism: “We cannot tolerate in any sense the idea that this country is allowed to look both ways and is able, in any way, to promote the export of terror, whether to India, whether to Afghanistan or anywhere else in the world.”

Western intelligence services had also pointed out that the Indian embassy bombing in Kabul in 2008 was sponsored by the ISI and carried out by Jalaluddin Haqqani, founder of the insurgent group Haqqani network, which was then fighting the Afghan government. Meanwhile, Pakistani High Commission officials in Dhaka were said to have funded the terrorist activities of the banned organization called Jamaat-ul-Mujahideen Bangladesh (JMB).

That Pakistan is a failed state which is engaged in promoting terrorism is clear to people across the world. Nearly 700,000 people signed a White House petition in October 2016 seeking to designate Pakistan as a state sponsor of terrorism. “We the people ask the administration to declare Pakistan, State Sponsor of Terrorism,” said the petition, believed to be the most popular White House petition so far.

Furthermore, on October 4, 2017, a top US General charged Pakistan’s intelligence agency, the ISI, of having connections with terrorist groups and running its own foreign policy. While responding to Senator Joe Donnelly’s question, Chairman of the US Joint Chiefs of Staff, General Joseph Dunford, told the powerful Senate Foreign Relations Committee that it is clear to him that the ISI has connections with terrorist groups and runs its own foreign policy.

Thus, the Americans are convinced, and the international society is certain about Pakistan’s complicity in fostering extremists and wreaking havoc everywhere. Now the crucial question is: When will the United Nations wake up to this dangerous reality and declare Pakistan a terrorism-sponsoring nation?  The sooner it is done, the better it is for the entire world.

86 thoughts on “UN Must Declare Pakistan a Terror-Sponsoring Nation”