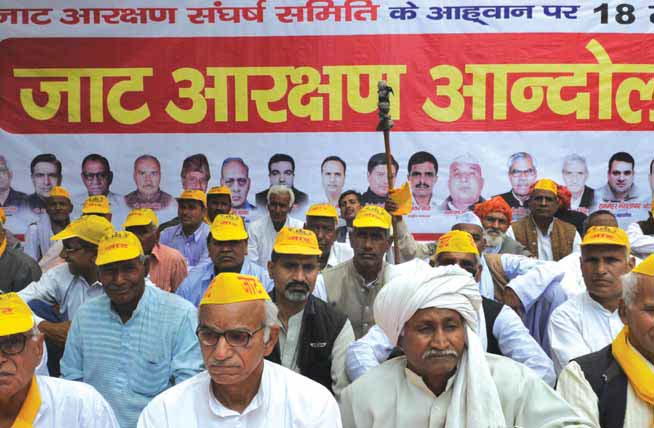 It may be an over assumption to think of an acute civil unrest in the country owing to the incessant fight over reservation, where not just governments, judiciary and commissions have played a decisive role, but distinct communities too have waged a war alleging their backward status and need for quota. The agitations by anti-reservationists in 1990 in opposition to the recommendations of the Mandal Commission, and other random instances of violence and protests by pro-reservationists and anti-reservationists may culminate into a severe disaster if not arrested by the government. Let’s study this from the very scratch to get a fair idea.

Two currents are flowing in the contemporary India when reservation is talked about. One that we see these days as cartoons and provocative writings on our Facebook pages or as messages on mobile- a large tank of opportunities belonging to the government from where the first tap delivers fluid to the SCs, then a subsequent tap to the STs, then to the OBCs and finally to the ones from the General category; this seems catchy, a lot to the people belonging to the General category, and then it passes on the first current to the population- ‘End Reservation’. Second is the one that we have recently seen in Haryana where members of a particular community took to streets to demand their exclusive right, ‘reservation’, in public services and so on.

Analyzing these currents, not with the eyes of a member from any of the groups but with the eyes of a nationalist and reformist, will take you back to the pre-independence days. Mahatma Gandhi, Father of the Nation, initiated a reform movement for persons, belonging to the most disliked caste, members of which he named as Harijans (children of God). The movement, one of those which filled in the vacuum between the active (direct action on British Raj like civil disobedience) and passive phases ignited the spirt of humanism and nationalism in all Indians, and this drive was the only reason why literally no one opposed the reservation proposed by Ambedkar in the Constitution. Such was the coercion of backward sections that as an act of correcting all wrongs done on them by the upper castes, reservation for them in jobs and other avenues was hailed than being criticized.

The father of the untouchability movement was Gandhiji, not Ambedkar. Gandhiji did not hail from the backward section yet he fully grasped their suppression and brutal repression. He was the one to realize that not just economic backwardness, but also social degrading, which instills in a person a feeling of dejection and depression, was responsible for the tyranny they faced. Now relate this with the first current I stated above. The one that shows a member of the SC or ST community as a fat man relaxing on a chair of a dominant public office and still relishing the ongoing benefits of extended reservation since 1960 (the Constitution allowed it for initial ten years). This man in reality isn’t fat, he isn’t arrogant as depicted, he is just contented and he also realizes the pluses of a socialist and democratic state, which we as condemners fail to realize.

So if you simply ask for absolute ban of the reservation policy, you are at fault. You will also be at fault if you advocate financial criteria as the only parameter of backwardness. A member from the currently reserved classes may be financially sound, but he could be dejected, shamed by the society full of hypocrites and self-declared saviors of the Varna system. Thus, he/ she may still qualify to be in the reserved classification; same being the case with educational backwardness that cannot be compared with economic soundness of anyone. Having made a point on the first current to devoid the readers of the so-called ‘No Reservation’ idea and the tank and tap theory, let’s move to the second scenario.

In a landmark judgment in 2014, the Supreme Court not only identified transgender or hijras as the third gender, the Hon’ble court also placed them in the OBC category and this extended to them reservation for being socially backward. If you can relate even a bit with the verdict of the court, you would agree that although this cluster cannot be said as economically deprived, yet on the grounds of their discrimination in the society, they are justifiably suited for inclusion in the OBC category. This is a concept that will encourage acceptance of socially backward classes in the mainstream, thus enhancing their social quotient. 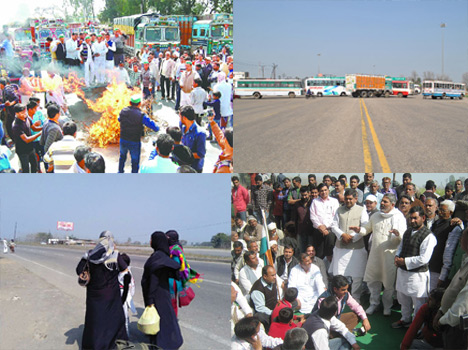 But what was the Jat community asking when they stalled all state and public machinery and quashed the law and order situation in Haryana? Let’s also take on this issue of frequent violent processions on the sidelines. Rails, roads and essential commodities’ supply blocked, hundreds of vehicles burned and buildings vandalized, still the government has ultimately said a yes to negotiations and an unheard no to any investigations into crushing of law and order. In case the Indian Penal Code doesn’t sanction indictment in such cases (which though is not the case), why can’t the government frame a special law that can come into force during such violent demonstrations and processions, sometimes in name of religion and at other times in name of demanding rights and special privileges? The Supreme Court can take a suo motu call indeed!

This apart, may be the Jats are demanding their right in services and other avenues basis their 27 per cent contribution in the state electorate. But are other parameters in order?

As per verified reports, the Jat community has given seven chief ministers to Haryana and in the current legislative assembly they occupy one-third domination, also the leaders of two main opposition parties of the state hail from this community. Then are other educational and social parameters which never seem fulfilled, so as to be categorized in the OBC list, either by the Jats of Haryana or by the Patidars of Gujarat (the mid-2015 Gujarat reservation crisis). Also to be noted, the Supreme Court quashed the Congress government decision of allowing the Jat community quota under OBC grouping declaring that the community is not backward. The review petition by the current government in this case is still under consideration.

So while the right to assembly and freedom of expression was assigned to all in the Constitution in the backdrop of democratic and participative governance, groups of post-independence era have taken this to another horizon, a level of brutality and crushing of law and order, even challenging the sovereignty of the country and defaming courts’ judgments. Coming to reservations, some parameters are decided by the National Commission for Backward Classes for inclusion and exclusion of castes from the list of OBC. These parameters are based on social, economic and educational backwardness of community in question. Why couldn’t the Jat or the Patidar agitation take this route for their inclusion in the list is beyond understanding, but yes it is well within the four walls of vote-bank and appeasement politics. 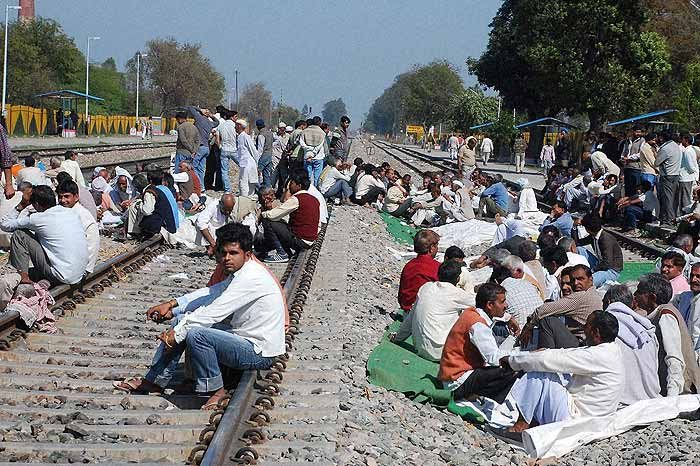 In terms of violence depicted by Jats in recent demonstration and subsequent kneeling of the government to the pressure exerted by the group (that will give teeth to others as an example to be followed while demanding privileges), questions should be raised on the intent and approach of governments during such incidents. In terms of these currents of reservations, one can dream of a judicious system in India that includes differently-abled, children of martyred soldiers, the third gender and genuinely economically backward households (no matter to which caste or community they belong) in the subsidized list. Also can one envisage a better nation with SC’s creamy layer criteria being judiciously applied in cases of OBC and no backdoor attempts in breaching the 50 per cent limit imposed by the SC on overall reservation (as was done by the Tamil Nadu government).

For all this to happen, political parties need a resurgence of their ideologies, voters need revival of their preferences, and a common Indian needs to be a proud and dignified Indian, not a beggar of quotas.