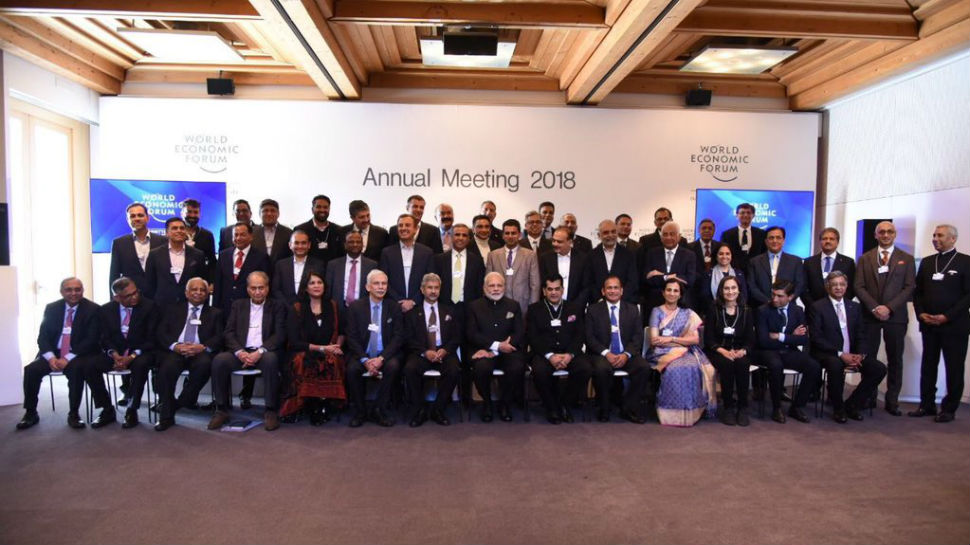 The anti-BJP Opposition parties in India would have you believe that a liberal dose of sops, subsidies and waivers of loans to the farmers is what keeps the soul of the economic policy of a government in an egalitarian society ticking. What is more, keep the industrialists on the tenterhooks, wondering about the government’s next move regarding its investment policies and procedures. The more unpredictable its moves in respect of the industrialists, the more people-friendly the government is perceived to be; and appearances are all that counts in the electorate’s estimation.

The Socialists and Communists further believe that populism is what keeps the people happy and perception is what keeps the government stable; and together, a complacent people and a government that keeps the economy in a people-versus-corporates mode make the nation appear truly egalitarian. As such, though Socialism as a political formula is dead and buried all over the world, it is still thriving and flourishing in India, and several political parties still swear by Socialism.

For the Indian Opposition parties, the above has been the basic lesson in a nutshell for the success of a popular democracy. Any departure from this well-worn-out course of governance makes a government susceptible to the charges of practising “crony capitalism” and following anti-people policies. Thus, this has become the much familiar ideological strand of the political Opposition. The latter does not miss any opportunity to run down the incumbent government, which it believes has veered off the popular course of governance in favour of the corporate sector.

Pitting himself at one end of the spectrum of perception and Prime Minister Narendra Modi at the other end, Congress Party President Rahul Gandhi, sports a crumpled kurta, with a torn pocket that he runs his hand through to demonstrate to the onlookers what a quintessential down-at-heel man of the general public he is. He then points out to how immaculately Mr Modi is dressed and then he alleges that the Modi-led NDA government is a veritable “suit-boot ka sarkar”.

Who finances the expensive wardrobe of Narendra Modi, he wonders and surmises that it must be the corporates. Never mind the fact that the so-called “expensive clothes” of Modi are gifted by well-meaning followers of his and the clothes are subsequently auctioned and the proceeds of the auctions donated to charities. How can a man that has risen to the coveted position of the Prime Minister from humble origins, distance himself from the populace by looking so very well groomed? Though you may think that this is a churlish way of making a political statement, Rahul Gandhi does not think so. In fact, it has long become fashionable in the political circles to accuse Prime Minister Modi of being the beneficiary of “packaging” by the corporates.

What is more, the Congress Party president also keeps alleging that the Central Government’s flagship financial blitzkrieg of Demonetization was only launched to help big tycoons and industrial giants to launder their black money, what with their having been clandestinely let in on the announcement of the reform measure well in advance. As such, the black money catcher was working all the time in cahoots with the money bags of the corporate sector, Rahul emphasizes. Similar is the case with GST that is aimed at helping the bigwigs in the industrial circles at the cost of the medium and small scale entrepreneurs and traders! So goes on Rahul Gandhi’s litany of charges against the Prime Minister, who is in no small hurry to introduce a slew of measures to help the industrialists, much to Rahul Gandhi’s mortification!

During the Opposition’s recent unsuccessful bid to overthrow the Modi government by a No Confidence Motion in the Lok Sabha, Rahul Gandhi reiterated his oft-repeated accusation that the government has been favouring a few select industrialists. He squarely blamed the Prime Minister of giving the offset (export obligation) contract in the Rafale jet deal with France to “one of his corporate friends” at the expense of the state-owned Hindustan Aeronautics Ltd. Rahul’s shrill and strident speech made no secret of the contempt in which he kept the corporates and their alleged overtures to the Prime Minister. The awarding of a defence contract to a private sector player in preference to a public sector undertaking was termed a blatant exercise inimical to the national interest.

In a pointed reference to this charge and the other related accusations made by Rahul Gandhi and his associates from time to time, Narendra Modi decried their attempt to label the industrialists as thieves and unscrupulous grabbers of the nation’s resources. The entire exercise of tarnishing the image of the industrialists as a class of unprincipled and unethical people is unfair and unjust. It is especially so when the same Opposition leaders who have turned, when out of power, voluble critics of the corporates, had been unabashed recipients of the same industrialists’ largesse in no small measure albeit in an oblique manner, while in power.

Speaking at Lucknow at a ground-breaking ceremony to launch industrial projects worth Rs 60,000 crores in July this year, Narendra Modi had a word of appreciation for the industrialists, which warmed their cockles in no small measure. After all, it is not every now and then that a political leader of stature goes on record to praise them! The Prime Minister lauded the role of the industrialists in the task of nation-building alongside the farmers, labourers, bankers and so many other sections of the society. The PM thus made it very clear that it was grossly unfair and unjustifiable to project businessmen and industrialists as being morally deficient.

Mr Modi took the battle to the Congress Party by slamming it for its consistent and baseless attacks against his government alleging that the latter was unduly favouring the industrialists. The PM claimed he was not ashamed to be seen or photographed in the company of industrialists as his intentions were entirely honourable. There was nothing to hide or feel shameful about. Going ballistic against the earlier governments, Modi lambasted its members who are now in the ranks of the Opposition. Modi revealed that these Opposition party leaders are now striving to hide the closeness they had to the industrialists when they were in power because they did not want the people to become privy to all the undue favours they had received from the very same persons whom they were criticizing now.

To make his point abundantly clear, Modi asked whether Mahatma Gandhi felt shameful about his repeated meetings with industrialists Ghanshyam Das Birla and Lala Shri Ram or did he ever have anything to hide about those meetings. The Opposition’s accusations and charges against the industrialists were hollow and baseless and part of an orchestrated campaign against the government in general, and the PM in particular. Unfortunately for the Opposition, their accusations and charges backfired, in the absence of any convincing evidence to prove any kind of misdeed. Furthermore, the NDA government hasn’t enacted any law that goes out of the way to be industrialist-friendly or anti-people.

Here, it needs to be emphasized that the political Opposition’s concerted attempts to demonize the industrialists would only succeed in rendering the corporate sector stigmatized and demoralized. This, in turn, would hamper its functioning to the optimum level and choke the pace of India’s economic growth. On the contrary, the Prime Minister’s message in appreciation of the industrialists boosts their morale as it conveys a spirit of grateful acknowledgement for their role in nation-building and catapulting India to the position of the fourth fastest growing global economy.