As Pakistan PM’s false bravado failed to enthuse anyone the worldover, back home the Islamic country’s economic woes, Islamic fundamentalism, breeding ground for Terrorists, lack of financial support from international agencies have put the country’s economy on the brink of collapse 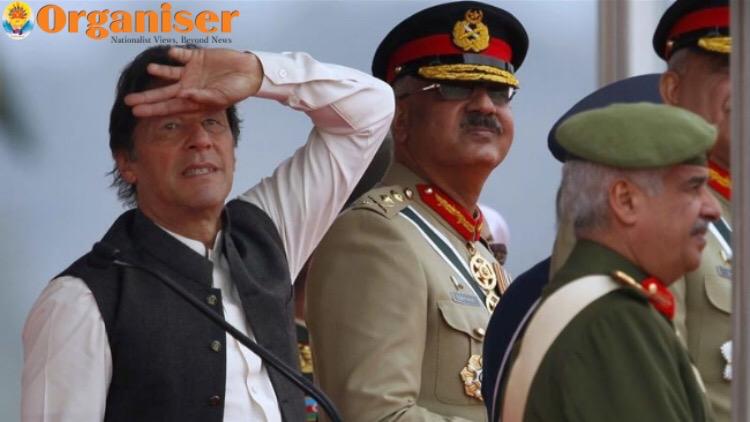 Pakistan is caught in a cleft, with its deep-rooted hatred for a militarily and economically far superior India on the one hand and megalomania stoked by religious fundamentalist elements on the other. Facing numerous challenges ranging from a raging freedom struggle in Baluchistan and PoK and the general discontent among its people over a tanked economy, Pakistan is trying to keep itself from falling apart. Instead of focussing on providing its people with clean and good governance and reviving its sinking economy, Pak is digging its heel deeper into a pit of its own making. Sensing despair among the jihadi elements and the other mercenaries of terrorism in the Kashmir valley following the reorganization of the erstwhile state of Jammu & Kashmir, it has taken upon itself the mantle of the saviour of the Kashmiri people – a role neither called for nor justified.

Currently, Pakistan’s economy is in a shambles. Its GDP is one-tenth of India’s. The International Monetary Fund (IMF) has projected its expected rate of growth both this year and the next at less than 3%. With a run-away rate of inflation and a plummeting exchange rate, its financial situation is in a dire state. The country is buried under a mountain of international debts. As of March 2019, its outstanding debt was more than US$85 billion. Apart from individual countries ranging from the USA and several other Western countries to China, it has taken loans from several international financial institutions. It had sought a US$6 billion bailout from the IMF as recently as May this year. While desperately seeking IMF’s help to sustain itself for the 23rd time in its brief history, one of the loan conditionalities put forth by the IMF is that the Pak government’s revenues should rise by a massive 40% in this financial year.

However, there seems to be no hope for its economy in the face of a dysfunctional political system, misaligned economic policies, an uphill business climate, a weak tax administration and lack of transparency. Major donors like the US have become wary of extending further military and developmental aid to Pakistan on account of the latter’s dubious track record of diverting billions of dollars of aid for the financing of terrorism. It has now been confirmed that Pakistan deceived the US by siphoning off large swathes of the multi-billion dollar US aid, which was given for fighting the Taliban and al-Qaeda, towards terrorist activities aimed at igniting an Islamic insurrection in Kasmir. This has resulted in a slowing down of the flow of US aid to Pakistan; the current trickle of aid is quite likely to come to a grinding halt sooner rather than later, leaving Pakistan high and dry.

Pakistan is also a victim of a perverse mindset which does not allow it to live in peace with its neighbours. Nor does the theocratic state let its own people from minority religious communities or sects live safely, let alone practise their faith fearlessly. Pakistan’s history is rife with instances of girls belonging to the minority communities like Hinduism and Sikhism being abducted, married off to Muslim men and converted by force or even killed. The killing of members of the minority communities and forceful grabbing of their lands and properties has become a commonplace occurrence. It also has a tear-and-blood-soaked history of numerous attacks on Muslims of non-Sunni denomination and Christians in their places of worship. 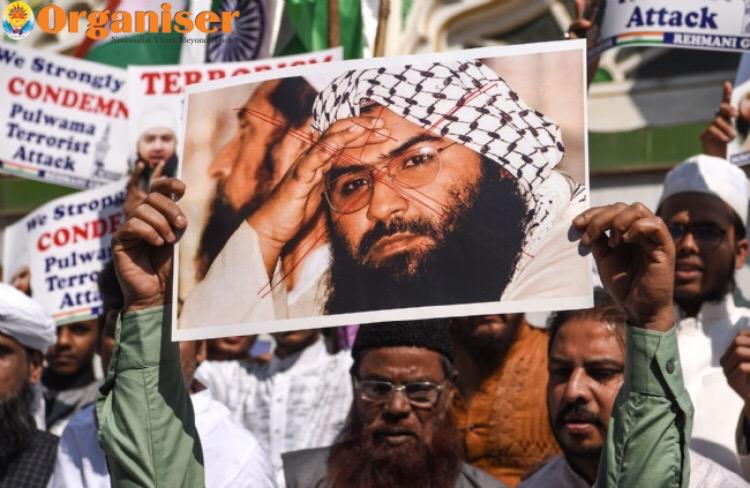 Committed to promoting religious fundamentalism, Pakistan has reduced itself to a sanctuary of jihadi elements and other terrorist groups of foreign and domestic origin. Time and again, India has exposed it in various UN forums for its machinations against regional peace and global security. Calling it Terroristan, whose contribution to the globalization of terror is unparalleled, India has laid bare Pakistan’s flagrant act of granting global terror leaders safe havens in its military cantonments. And yet, Pakistan doesn’t hesitate to play the victim card at the hands of terrorists in a bid to seek empathy from the comity of nations. Ironically, it even attributes terrorism to its own economic backwardness. It is a classic case of a rogue state which breeds snakes in its backyard complaining about an occasional snakebite!

Even as terrorist masterminds like Hafiz Saeed and Dawood Ibrahim, whose deportation has been repeatedly demanded in vain by India, roam its streets with impunity, Pakistan has the gall to charge India with human rights violations in Kashmir and carry out mendacious anti-India propaganda. Besides offering training facilities to the cadres of terrorist outfits like Jaish-e-Mohammed (JeM) and Lashkar-e-Taiba (LeT) on its territory, Pak army equips them with weapons and gives them safe passage into India under cover of cross-border fire as part of its strategy of bleeding-by-a-thousand cuts. Its double-faced villainy has left it truly friendless in the international diplomatic circuit, with the solitary exception of its all-weather friend China. Even the other Islamic countries have stopped openly supporting Pakistan in its stance against India over Kashmir. In the instant case of Pakistan’s tirade against India over Kashmir, China has counselled Pakistan to sort the issue out with India through talks.

As soon as India announced the revocation of the special status granted to the erstwhile state of Jammu and Kashmir and its reorganization, Pakistan started bristling with bluster and threats of hurting India. It severed trade links with India and downgraded diplomatic representation between the two countries. It closed its airspace to Indian flights, going to the extent of denying permission to VVIP aircraft to overfly. Closing of its airspace to the Indian commercial flights resulted in a substantial loss to Pakistan of much-needed revenue. Also, it cost Pakistan the goodwill of India with which it claims to desire peace talks over the outstanding issues. One wonders if this is not a political equivalent of cutting one’s nose to spite the face!

Pakistan has reduced itself to a sanctuary of jihadi elements and other terrorist groups of foreign and domestic origin. Its double-faced villainy has left it truly friendless in the international diplomatic circuit. 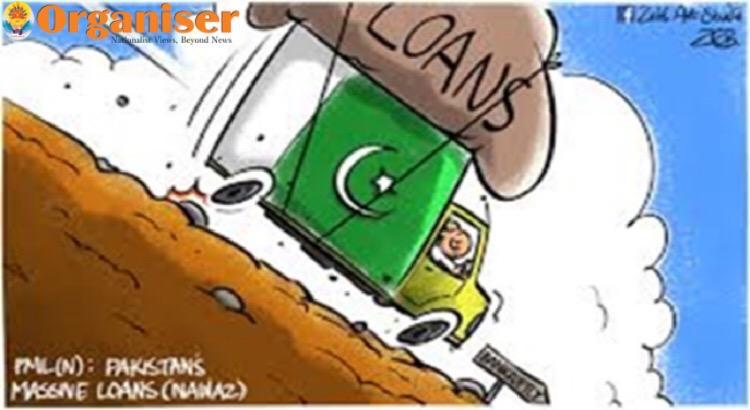 India has repeatedly asserted that the reorganization of J&K is an internal matter since J&K is an inalienable part of the country and that Pakistan has no claim or say in the matter. It has also categorically ruled out any third party mediation. Talks with Pakistan are ruled out except on the issue of terrorism and the return of PoK, which rightfully belongs to India. Pakistan’s claim over the territory of Kashmir or the purported suppression of the people of Kashmir and the alleged violation of human rights in the valley is nothing more than a cry in the wilderness over a figment of the imagination. Pakistan’s duplicitous track record in the matter of human right violations in PoK and Baluchistan has not helped its repeated attempts at international fora to malign India gain traction.

Although the Pakistan economy is on the brink of collapse, Prime Minister Imran Khan is surprisingly more concerned about the abrogation of Article 370 in Kashmir by India government. Rather than being worried about his country’s economic woes and instead of initiating concrete measures to revive the Pak economy, Khan has been running helter-skelter trying to internationalize the Kashmir issue on all global platforms. To seek the support and intervention of various countries as well as mediation of the United Nations on the Kashmir issue, Imran Khan arrived in the US on September 21 on a seven-day visit. At the 74th session of the United Nations General Assembly (UNGA) on September 27, he kept harping about Kashmir and insisted that the US President, as well as the United Nations, should mediate between Pakistan and India on the Kashmir issue.

In a bid to get financial aid from Western nations, Khan said Pakistan is going through tough and challenging times economically and needs help from rich countries. Revealing that rampant corruption and money laundering resorted to by Pakistan’s former ruling elites has impoverished his country, Khan said currently half of Pak’s revenues go into debt servicing. He further stated that Pakistan was finding it very difficult to retrieve the money that the former “corrupt ruling elites have siphoned off from our country” and deposited in tax havens where they have secret accounts. To garner support against the possible blacklisting of his cash-strapped nation by Paris-based Financial Action Task Force, Khan alleged India is trying to “push us into the FATF blacklist to bankrupt us.”

In 2018, the FATF had placed Pakistan on the grey list of nations for falling short on its 27-point action plan prepared to enable Pak to escape blacklisting after the Islamic republic’s laws were found to be weak to tackle challenges of terror financing and money laundering. FATF had then made it clear that if Islamabad failed to meet its commitment by October this year, it could be blacklisted. Given the above, Pakistan had better reorganize its own internal affairs and save itself from an economic breakdown before it slides faster and faster into being labelled by the international community as a failed state, and a rogue one at that! Moreover, the earlier Pakistan realizes that it is only a matter of time before PoK and the territory it had handed over to China are integrated with Kashmir by India, the better for its own survival.

(Author is a Chartered Accountant, author and blogger. He has served as an Independent Director on the Boards of India’s most influential public sector banks. He tweets at @cadrsunilgupta)

(The article “Is the Pak economy on the brink of collapse?”  is published in ‘Organiser’ )

85 thoughts on “Is the Pak economy on the brink of collapse?”