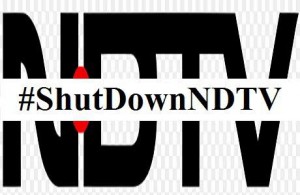 Ancient Indian sages have said that even Amrit (Divine nectar), the ultimate panacea for all ills, can become poisonous if consumed in excess. They were advocating moderation in everything and counselling against over-indulgence. The celebrated American writer and entrepreneur Mark Twain also said the same thing when he wrote, “Too much of anything is bad.” The same applies very aptly to the Indian mainstream media (MSM).

There is no doubt that the MSM should be free and fearless. It is an important pillar of every democracy and has the responsibility to act as a public watchdog by keeping an eye on the proper functioning of the three arms of the government, namely the Legislature, the Executive and the Judiciary. In India, as indeed elsewhere in the world, the mainstream media has acted as a watchdog against the official excesses and institutional apathy of those wielding clout and power. Our newspapers and the electronic media have often forced the hands of the government as well as that of the political and judicial authorities to take positive action.

There are too many instances to quote, and some of the most recent cases where the MSM has played a crucial role were the Nirbhaya case, the various scams during the Congress regime and the Sheena murder case. If it were not for our vigilant media, probably these cases might have ended up as mere numbers in some dusty government files.

Because of the exemplary roles played by the newspapers and TV news channels, the printed word and the news broadcasts on the TV have had sanctity. There was a time when anything published in a newspaper or telecast on the TV were accepted as the ultimate truth. If anyone doubted what you were saying, you could counter it by saying that it is in the newspapers or was shown on the TV. Such was the authenticity of the mainstream media in India.

In those good old days, journalism was seen as a very noble profession. People took up the pen or became a broadcast journalist mainly because of their inner calling. They fought against injustice and often battled to set things right even against powerful enemies. Those days, the pen was indeed mightier than the sword.

However, lately, things have changed. Journalism has become a mere profession just like that of an accountant, bank clerk, and stock broker. Furthermore, commercialism and profit motive have become the watchwords of the media industry, and ratings and circulation have become its overriding concerns. For the sake of profits and personal gains, some media houses and journalists have made many compromises and given up its moral high ground. Phrases like “envelope journalism” and “paid news” entered the lexicon. Journalists could make or mar the career of people, particularly those in public life, read politicians and celebrities.

This led to an unholy nexus between the corrupt politicians and dishonest media persons. Politicians started using crony journalists to discredit their opponents. Some power-drunk journalists thought they could do anything and get away with it because no politician or government would ever dare to rub them on the wrong side. These journalists were very aware of their rights but often forgot their duties, responsibilities, and work ethics. Blinded by power, many of them became insensitive to our nation’s security issues, and unwittingly, allowed themselves to be used by the enemies. Personal glory and TV ratings were their only objectives. And they were safe because freedom of speech and expression is guaranteed by our Indian Constitution.

There have been several instances where some journalists have published or broadcast sensitive information. For example, then Navy Chief Admiral Sureesh Mehta had slammed sections of the electronic media for their reckless coverage of the 2008 Mumbai terror attacks by saying that the manner in which some TV channels reported India’s worst terror strike had tactical implications and might have worked to the advantage of the terrorists.

Highlighting that some channels have traditionally not exercised any restraint in their coverage of events that have a bearing on national security, Admiral Mehta had singled out a lady journalist from the English news channel NDTV India and said that irresponsible coverage during the 1999 Kargil war had compromised the security of troops and led to the death of three soldiers. Similarly, General V P Malik (retd), who was the army chief during the Kargil war, has stated in his memoirs that the same female journalist had divulged classified information in her “professional enthusiasm” by revealing that the Army’s next target was ‘Tiger Hill.’

On November 3, the Ministry of Information and Broadcasting asked NDTV to take its Hindi channel off the air for a day on November 9 after an inter-ministerial committee found that the TV channel had violated broadcast rules while reporting on the Pak-inspired Pathankot terror attack on January 2 this year by revealing “strategically-sensitive” details of the air base while relaying news from the spot.

Broadcasting rules in India prevent TV channels from beaming live feed of any anti-terror operations. However, this is not the first time a channel has been taken off the air for violating rules. So far, there have been 28 such cases against TV channels.

Furthermore, the media is often accused of character assassination. In Kerala, for instance, an eminent scientist was hauled over the coals a few years ago by the media, accusing him of espionage. Finally, after years of media trial and harassment, the courts absolved him of all the charges. By then, his life and career had been totally ruined, and he had been made a social outcast.

Currently, there is an on-going tussle between journalists and lawyers in Kerala. Journalists are debarred from entering several courts in the state after being accused of misreporting. True democrats will vouch for absolute freedom for the media, but at the same time, they will also insist that no freedom can be used irresponsibly. Hence, it is rightly said that the media which abuses its liberty or indulges in corrupt practices is one of the most dangerous threats to any democracy.

119 thoughts on “Is the Indian Media Abusing its Freedom?”