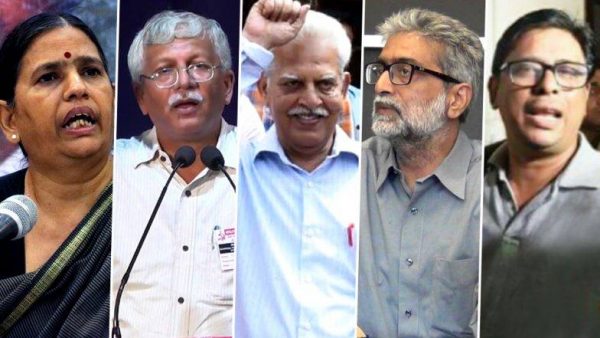 Love reigns supreme in every sphere of personal and social activity. Although love means a lot, nay everything, to a lover, it is one’s love for one’s own country that is considered supreme, without prejudice to the purity or bonafides of any other kind. This is precisely why politicians with a blemishless personal life and an impeccable track record of service to the nation, though few and far between, are looked up to by a grateful populace as the nation’s saviours.

The spirit of patriotism is best captured in the following immortal lines of Sir Walter Scott.

“Breathes there the man, with soul so dead,

Who never to himself hath said,

This is my own, my native land!”

In practical terms, patriotism translates into unquestioning loyalty, respect and selfless service to the country. It also calls for the upholding of the highest standards of ideals and vision on the part of the founding fathers of the nation. Frequent and uncalled for disruptions of the functioning of a government, duly elected by the people in polls held in a free and fair manner, are not a mere aberration. Such despicable incidents are the handiwork of anti-national forces masquerading in the garb of political parties, mass media and academia, out to destroy the basic tenets of democracy.

Freedom of expression or political activity degenerating into subversive activities like rallies by unruly mobs that cause loss of lives and wanton destruction of public property are a clear case of the derailing of patriotism. So is the case when the sacred symbols of the nation, namely the national flag, the national anthem, the Constitution, and the high institutions of democracy, namely the Legislature, the Executive and the Judiciary, which are held sacrosanct and supreme, are willfully dishonoured.

India is currently in an unenviable position of having two downright hostile neighbours, both of which have territorial disputes with us. We have had major wars, conflicts, conflagrations, border disputes with Pakistan and China. To make matters worse, soon after its birth, a young and nascent Indian Democratic Republic became a favourite target of terrorists from across the border. Pakistan degraded itself by becoming the biggest terror exporting country and has been threatening to make India bleed by a thousand cuts.

To this end, it has been training, equipping and financing terrorists on its soil for a long time now. Resultantly, it became necessary for the new-born Indian nation to hit the ground running and firing on all the cylinders. It soon became evident that the external threat was not without the tacit support of several frustrated and disgruntled elements, which had permeated the Indian society. Apart from the Naxals and other cobbled up groupings, armed and financed by the nation’s enemies, there are Urban Naxals, Tukde Tukde gangs, Award Wapsi gangs and other subterfuge pressure points to deal with.

No realm of social activity was spared infiltration by the anti-national forces. The art and literary sphere, the pseudo-intellectual and pseudo-secular segments and the student community were among the prominent areas of infiltration. Soon after Narendra Modi was sworn in as Prime Minister in May 2014, the frustrated and disgruntled elements started ganging up against the Central government and, through it, against the nation.

Meanwhile, some film stars of a minority community started making discordant noises about how the Indian society had allegedly become more and more intolerant and how the secular ethos of the country had purportedly become watered down with the change in government. They blamed certain stringent measures introduced by Modi 1.0 government to regulate trading in cattle as the provocation for stray cases of killings of members of the minority community. They also insinuated that the majority community had become emboldened by the government’s measures to perpetrate hate crimes against the minorities.

They voiced, much to the amusement of the public, including their own fans, anxiety about their fear for the safety of their family and openly talked about a possible migration to safe quarters outside India. It became obvious that Bollywood, believed to be operating on the strength of slush funding, was synchronising its act to the diktat of the enemies of the nation who were the principal stakeholders in the industry. In an industry where huge amounts of money were at stake, and larger-than-life images and reputations were liable to be dashed to the ground overnight, it was no more a secret as to where one’s loyalty lay.

Furthermore, with the Demonetisation scheme that was unveiled in November 2016, the Union government cut at the very roots of black money, much to the chagrin of the enemies of a stable and prosperous India. Be that as it may, even as the gathering momentum of the discordant voices over the allegations of “intolerance” and “threat to secularism” started building up to a crescendo, the tactful handling of the matter by the NDA government saved the situation.

And then, there were award-winning artists, authors, intelligentsia et al who took to protesting against the government by unceremoniously returning the awards they had earlier been bestowed. Mercenary elements, owing loyalty to the enemies of the nation, fouled up the atmosphere at some universities by holding unruly rallies, waving Pakistani flags, mouthing break-India slogans and blatantly praising terrorists already punished by the apex court on proven charges of  launching attacks on innocent people and the Parliament.

The Indian national flag and the national anthem were denigrated. Patriotic slogans such as ‘Jai Hind’, ‘Vande Mataram’, and ‘Bharat Mata ki Jai’ were ridiculed. A virulent anti-national campaign, with the involvement of naive and gullible students, was orchestrated with flagrant support from across the border. The object of the campaign was twofold: (1) Topple Modi 1.0 government (2) Demoralise the people and precipitate Balkanisation of India.

Sensing the danger, the Union government swung into action by undertaking damage control exercises and confidence-building measures to boost the people’s morale. This they achieved by means of providing clean and good governance, introducing bold economic initiatives, adopting pragmatic foreign and defence policies, sanitizing the country of the scourge of terrorism, not rushing the Hindutva agenda, reaching out to the minority communities, and breaking the nexus between the corrupt political parties and anti-national forces.

Patriotism to the Fore

Meanwhile, intending to smear the NDA government before the upcoming state elections in Maharashtra and Haryana, 49 pseudo-intellectuals recently wrote an open letter to Prime Minister Narendra Modi alleging that incidents of mob lynching are increasing in the country. In response to this, a lawyer in Muzaffarpur district of Bihar, who got annoyed with this canard to defame the Central government, filed a petition alleging that these so-called writers and artists had tarnished the image of India. Based on this petition, a local court in Bihar passed an order directing the filing of a sedition case against this Tukde-Tukde gang.

Though the Bihar Police on October 9 ordered the closure of the said sedition case against the 49 celebrities, this development shows that the common people have lately decided never to buckle under the pressure of the break-India gangs. Convinced that the nation is in safe hands, the civil society is now standing by and supporting the Narendra Modi-led government and thereby displaying patriotism of the highest order. Furthermore, the fact that the BJP-led NDA returned to power with a significantly improved vote share and more seats in the 2019 Lok Sabha elections is yet another proof that patriotism is thriving and flourishing in a resurgent India.

81 thoughts on “Is Patriotism on the Wane?”