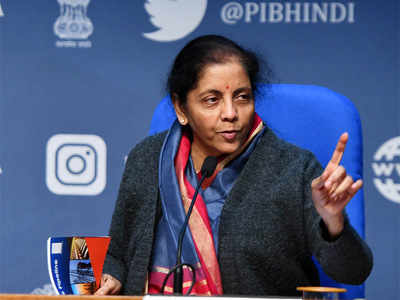 It would be overstating the obvious to say that the Indian economy has of late been passing through a particularly bad patch. What needs to be done to hitch it up has been engaging the attention of the experts and the government alike. The disturbing development of the slowdown has been depicted as a meltdown of the economy by uncharitable critics and frustrated adversaries of the Narendra Modi government.

Vengeful political parties on the brink of extinction and the sold-out sections of the mainstream media (MSM) have been particularly baying for blood. All this has understandably caused bewilderment and consternation among the people at large, who are, by and large, either ill-informed or misinformed about the issue. This is but natural considering the fact that comprehension of the nuances of the economy of a complex nation like India is not everyman’s cup of tea nor do any two experts seem to think alike.

What ails our economy? It is neither a single factor nor a unique virus that has bedevilled it in the first place. The global economic climate in general and the impact of the US-China trade war had their share in the fouling up of our nation’s economic climate. Furthermore, the difficult ground conditions that afflict the agriculture sector, the initial systemic recoiling of the financial and tax reforms carried out by an ambitious government also had a bearing on the slowdown.

Even during the best of times, failure of monsoon, natural disasters like drought, famine, floods or cyclone lead to demands from farmers for farm loan waivers year after year. Visionless state governments ruled by opportunistic political alliances which are clueless about the ethics of statecraft make reckless pre-poll promises to farmers about farm loan waivers and sops like free electricity, water, etc.

This makes it difficult for principled political parties, in the absence of a level-playing ground, to take hard political decisions. Consequently, promises are made all around to alleviate the woes of the farming sector, with nary a clue or concern about the feasibility of redeeming the promises. As a consequence of the recklessness of the parties for which politics is just another source of making money and grabbing power, the government exchequer takes a beating.

The banking sector is among the foremost to bear the burden of redressal of the farming sector. It is further roiled by Non- Performing Assets (NPA), a legacy of the previous governments characterised alternatively by bad economic policies and sheer policy paralysis. Consider this. As per a reply given in April 2018 by the Minister of State for Finance in the Rajya Sabha, bad loans worth Rs 2.41 lakh crore were written off by public sector banks in just three years between April 2014 and September 2017.

As of 31st December, 2017, 21 public sector banks had stressed loans worth Rs 8.26 lakh crore. Private sector banks and foreign banks operating in India were not free from bad loans either. During the financial year 2017-18, ten state governments announced farm loan waivers worth Rs 184,800 crore. Meanwhile, the total debt of India’s top 10 corporate borrowers was reported to be nearly four times the farm loan waivers, at Rs 731,000 crore as on 31st March 2015; and of the 12 top NPAs was almost twice, at Rs 345,000 crore.

According to RBI data, total gross NPAs were Rs 8 lakh crore in March 2017 and Rs 10.3 lakh crore as of March 2018. The Union government is trying to clear the Aegean stables of the banking sector by resolving bad loans through the bankruptcy court process. In the meantime, the combined effect of the NPAs and non-judicious farm loan waivers on the course of the economy is a stark liability that stares the nation in the face.

Consequent upon the complex issue of mounting bank loans that eventually turn into bad ones and the drying up of domestic investments, the production levels of the export-oriented segments of the economy as well as the manufacturing and construction sectors, slow down. This results in the laying off of some of the workforces, albeit for limited periods of time. This is played up by irresponsible reporting.

Misleading reports in the Media about the new tax structures and financial reforms like demonetisation make the common man wary of the situation. The consumer becomes needlessly overcautious about various essential and non-essential purchases resulting in sluggish consumer demand. The snowballing effect of all these factors then contributes to the creation of the bogey of a crisis.

Even as the alarm bells started ringing on the outbreak of an economic slowdown, the Union government, to its credit, lost no time in addressing the issue in all seriousness. The Finance Minister had meetings with sectoral representatives and experts to get an inkling about their understanding of the situation. A slew of damage control measures, including financial bailout, was announced to tide over the situation and turn the economy around.

To this end, the RBI transferred Rs 1.76 lakh crore surplus reserve to the Government of India. Structural reforms in the banking sector were introduced, which saw a reduction in the number of public sector banks from 27 to 12. Besides ensuring that this measure did not result in a loss of jobs, the Union government announced upfront an equity infusion of Rs 700,000 crore to the banking sector to boost lending.

It is important that the current flaccid pace of exports rebound and the growth rate be sustained. This is feasible only with a rejuvenation of the manufacturing and construction sectors. A steady inflow of investments is vital for the much-needed fillip. The government has already pumped in substantial financial assistance to bolster these sectors.

According to an RBI statistical report, India’s foreign exchange reserves stand at around US$453 billion, the highest ever, as on 6th December 2019. This bit of information brings glad tidings in a not-very-bright-economic scenario. Against this cheerful backdrop, the country’s exports and imports clocked at US$ 26.0 billion and US$ 38.1 billion respectively, with a trade deficit of US$12.1 billion. With these parameters, the emerging picture is far from a distressing scenario and definitely not an indicator of an economic ‘crisis’ as the prophets of doom would have you believe.

The government is committed to a Rs 100-lakh crore investment for the development of modern infrastructure. This is in keeping with the announcement made by Prime Minister Narendra Modi in his Independence Day speech last year. The investment would help in the realisation of the government’s target of a US$5-trillion economy in 5-years’ time. A taskforce has already been set up to identify infra projects for making the investment which, in turn, would open up increased employment opportunities.

Meanwhile, the upcoming Union Budget 2020 is expected to unveil concrete and substantial measures on various fronts aimed at addressing the GDP slowdown and reviving India’s economic growth by driving up investment spending and consumption. For instance, to put more money in the hands of middle and lower-middle classes, the Finance Minister may announce significant income-tax relief and introduction of new slabs during her Budget Speech on 1st February.

To compensate for the loss in tax revenues resulting from the above provisions, the Budget may consider large-scale disinvestments of public sector units (PSUs). To boost credit growth, the Budget is likely to have measures for shoring up capital adequacy of the nationalised banks, which will allow them to lend freely. To turn around the economy, apart from the economic measures, the Modi government seems determined to address all the other structural problems in the corporate, agricultural and social sectors with a sense of urgency.

97 thoughts on “What slowed down India’s economy and how is the government trying to revive it?”