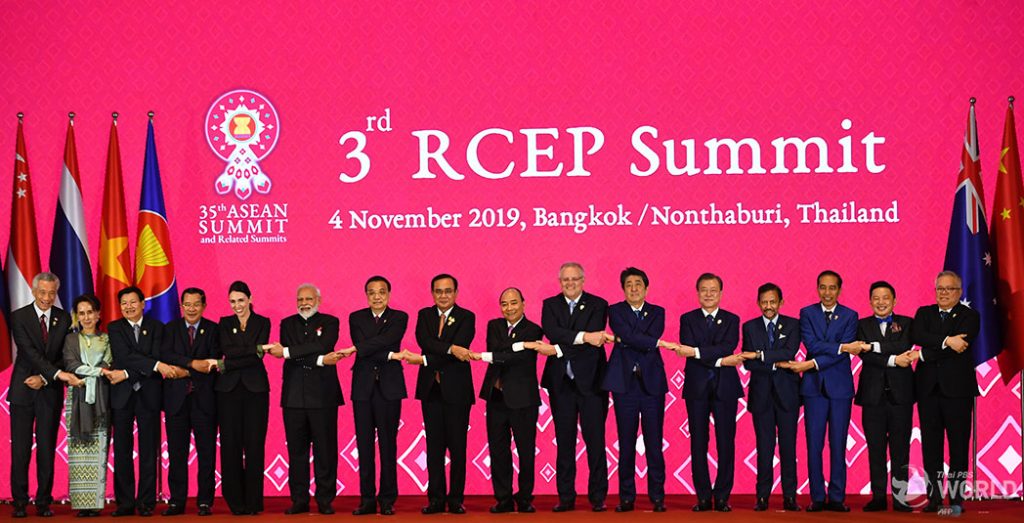 The Regional Comprehensive Economic Partnership (RCEP) agreement has proved to be a non-starter insofar as India is concerned. Our country is not per se against mutually beneficial economic cooperation pacts. However, it opted out of the RCEP as it found that there was a mismatch between its aspirations and the proposed preferential trade deal. Simply put, the deal was not in India’s national interests. At a time when the country was trying to come to grips with the economic slowdown, the RCEP had too little to offer to meet the former’s bottom-line requirements in some sectors of the economy. Moreover, there had been an intense protest from the farming, manufacturing and service sectors over the proposed agreement.

Furthermore, the Opposition parties that were already highly critical of the government’s handling of the economic slowdown were up in arms against the RCEP and further muddied the waters for a smooth cruising of the agreement. More than anything else, in the absence of a credible guarantee of reciprocity, fears were expressed about the strong possibility of the agreement opening the floodgates to Chinese commodities, which would swamp the Indian markets. India was not able to get enough advantage by way of service trade to compensate for the losses that it would have suffered in the commodities trade.

Expected to offer a modern, comprehensive, high quality and mutually beneficial economic partnership between the member-states of ASEAN and their FTA partners, the agreement did not fit the bill in India’s case. At the end of seven years of intense negotiations in which it firmly resisted liberalisation of trade in goods, accentuated by flaws in the safeguards, India decided not to join the agreement and pulled out of the negotiations.

Prime Minister Narendra Modi announced the decision at the RCEP summit held in early November this year in Bangkok. India made it clear that the negotiations did not reflect the RCEP guiding principles. There was no credible assurance for India on market access and non-tariff barriers. China currently imposes on India the largest number of non-tariff measures which include technical barriers to trade, sanitary and phytosanitary measures.

Even as the US had withdrawn from the Comprehensive and Progressive Agreement for Trans-Pacific Partnership (TPP11) negotiations in 2017, India’s withdrawal from RCEP evoked international concern and consternation among the emerging Asian economies. Observers had looked up to India and China as bulwarks capable of resisting elite economic powers like the US with isolationist tendencies. While China went ahead full steam with the RCEP negotiations, India’s muted response was one of disaffection and disenchantment. The observers of the global economy could not help noticing the absence of India in the scenario likely to emerge in Asia post the US withdrawal from TPP11. Just as the US action was based on President Trump’s credo of ‘US First’, the Indian move could be construed to be triggered by a perceived Modi policy of ‘India First’.

Japan, in particular, was far from happy with the Indian decision. It wants India on board to resist further inroads of China in the Asian economic scenario. Being a partner of India besides the US and Australia in the Quartet, the four-way security talks  aimed to rebuff Chinese hegemony and dominance in the region. It has dropped signals about not joining RCEP without India’s participation. In the absence of both India and Japan, RCEP would lose much steam and hold little appeal to the remaining 14 countries participating in the negotiations.

Japan has been trying in vain to persuade India to reconsider its decision. This issue is most likely to emerge in talks between the two sides during the forthcoming visit of Japan’s Prime Minister Shinzo Abe to India. However, given the fact that India has a US$104 billion trade deficit with countries participating in the negotiations including a US$54 billion trade deficit with China, it is extremely unlikely that India would rescind its decision, which would be inimical to its economy. 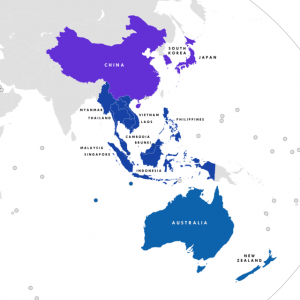 How the Decision Helps

India’s decision would be beneficial to its farmers, dairy segment, small businesses, manufacturing sector, data security, pharmaceuticals and chemical industry. It would also be in the best interest of Modi government’s schemes like Make in India, Digital India, Skill India and other programs aimed at job creation.

What Needs to be Done

With the option of joining the RCEP still available, is India going to be content with  bilateral trade deals with key Asian countries? It seems to be the easy way out in terms of short and medium-term viability. In the long term, India could consider joining RCEP and take the lead from China to make a mark for itself just as it is doing in the strategic defence scenario. In the meanwhile, it should lose no time in introducing reforms and regulatory measures in agriculture, manufacturing, small scale and service industries, thereby accelerating the improvements in infrastructural facilities and building on trade and supply chain networks with major regional and global economies.

India should not lose focus of the factors that have led to its losing out on the current opportunity to join the RCEP – insufficient protection against import surges, inadequate differential with China, likely circumvention of rules of origin, keeping the base year as 2014 and absence of credible assurances on market access as well as non-tariff barriers. Chinese President Xi Jinping’s pleasant word of hope during the recent Mamallapuram summit that China would be addressing India’s RCEP concerns remained just that – a word of hope. India’s dream of stealing the thunder from China in the future lies in its ability to build on its strengths and introducing structural reforms.

Formidable factors that the Indian manufacturing industry confronts, such as high costs of land, electricity, skilled labour as well as local transportation and inflexible labour laws, have to be addressed so that logistics, compliance and transaction costs do not inflate the manufacturing costs. The Free Trade Agreements that India has already entered into with ASEAN have not helped. So is the case with Japan and Korea. Lack of competitiveness of Indian products has held back exports. The government has to adopt effective policy instruments to improve the competitiveness of its domestic enterprises. In effect, India has to metamorphosize from being a large market into a trade-friendly country in the shortest possible time.

The most important of all factors contributing to a congenial economic climate for India’s joining the RCEP at some point of time in the future is political stability. The massive mandate that the NDA received in the last round of general elections has been a shot in the arm for the turbulent Indian economy. However, the mixed electoral fortunes lately witnessed by the BJP and its allies in some states are a cause for concern.

For instance, the emergence of the opportunistic post-poll alliance of non-BJP parties that captured power in Maharashtra, is a worrisome development. Fighting, as it is, several political and social battles simultaneously, the NDA government has to devise a strategy to further stabilise its hold on the nationwide power structure. This is vital for introducing the much-needed industrial and trade reform measures.

94 thoughts on “India and the RCEP”