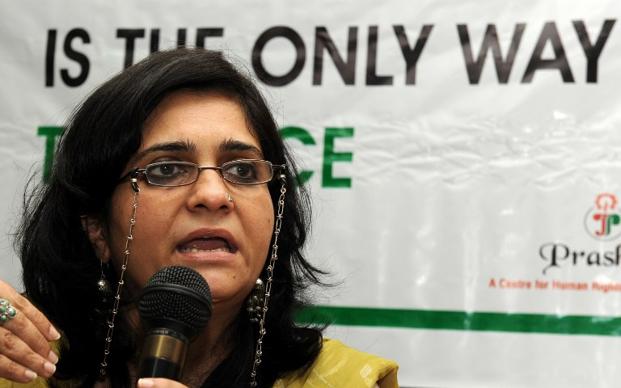 The age of colonialism is long over. The void created by the setting of the sun on colonialism has been filled by the dawn of the era of strategic, economic and cultural hegemony over smaller and less developed countries by bigger and more developed powers. The tools used by the global powers for the establishment and the furthering of their hegemony are the seemingly innocuous but extremely well-organized organs of democracy, namely the mainstream media (MSM) and the non-governmental organizations (NGOs), which mould and shape public opinion. In ideal circumstances, the MSM and the NGOs function as watchdogs of the social good and individual liberty. However, when they are tainted by corruption and allow themselves to play into the hands of the global powers of hegemony, they degenerate into veritable Trojan horses.

The role of the MSM in keeping the people apprised of the local, regional, national and global developments in different fields on a regular basis is immeasurable. In this respect, the electronic media has a much bigger role to play, and a good deal of more responsibility than the print media as its impact on the society in general and the individual citizen in particular is tremendous. However, news seldom reaches the targeted viewers and readers in its pristine form, unbiased and unvarnished. The media houses are owned and run by corporates who are hamstrung by the harsh ground realities of TRP ratings and viewership/readership figures. Inevitably, their professional ethics in the course of the presentation of news are, more often than not, at variance with neutrality and objectivity. Apart from the sales-worthiness of their presentation, which becomes susceptible to greed and avarice and one-upmanship over their rivals, they are also prone to political and bureaucratic pressures and unethical attacks by influential elements whose nefarious activities they may try to expose. This is where the global powers, which bandy about their inducements for winning over the loyalty of the already-beleaguered MSM, appear on the scene.

The behind-the-scene maneuvers and manipulations that take place in the newsrooms and printing houses of the MSM are largely a matter of conjecture left to the fertile imagination of the public, which soon becomes indifferent to the goings on. This, in turn, leads to the immurement of the truth in the studios and workstations of the concerned media houses. Consequently, news, doctored to suit the interests of the global powers, is flaunted as primetime truth. The discerning viewer or reader may learn to gauge the extent of the veracity of news presented by the MSM with a generous pinch of cynicism and alacrity before it is accepted. There are, however, large ill-informed sections of people who are too naive or gullible to see through the veneer of sensationalism. Consequently, they get caught in the trappings of the sound and fury accompanying the presentation of news by the MSM. It is these ill-informed sections of the society that are targeted by the unscrupulous segments with vested interests among the MSM.

The corrupt and unethical segments of the MSM do a great disservice to the nation by implanting false news and presenting biased reports inimical to national interests. Pseudo-secular political forces are promoted. Incapable and incompetent leaders are deified and paraded as national heroes for petty considerations and pecuniary benefits. Selfless nationalist political leaders and their parties dedicated to the development of the nation are subjected to a diatribe with the aim of defamation and vilification. When several journalists and media persons join the chorus, and launch a concerted attack of derision against a high-profile political leader or the government, the ignoble exercise succeeds in achieving the intended result of causing dent and damage to the object of attack among the gullible sections of the society susceptible to sensationalism.

Even during the best of circumstances, there are divisive forces and fundamentalist elements practically in every nation, who are interested in wreaking havoc in the society with the aim of achieving some personal goals and reaping small gains. It is all the more so in troubled times of terrorism, which our country is currently passing through. Undoubtedly, India has its fair share of such enemies within and outside the country. Jihadi elements owing allegiance and loyalty to international terror networks are quite active even within India. A tremendous responsibility vests with the Media in exposing such dangerous elements and unravelling their evil plots to make the public wiser about the vulnerability of their safety and security as well as the territorial integrity of the nation. The role played by quite a few of the journalists and their media houses in this regard is, however, lamentable. Such spurious journos have been identified, named and shamed by politically conscious and active members of the public in the social media. In popular parlance, they have been appropriately named “Presstitutes”, since calling them journalists would bring dishonour and shame to the entire profession of journalism.

They have been unmasked and their nefarious activities, which include defending of rabid communalists and justifying of their spewing communal venom and inciting of mob fury over trivial incidents involving members of different communities, lionizing of divisive elements that raise anti-national slogans and tirades, be it on the hallowed premises of universities, or busy thoroughfares of national and state capitals, exposed. Instances are galore when these presstitutes have flagrantly depicted militants killed by the security forces in counter-insurgency operations in the troubled Kashmir valley as heroes and freedom fighters. They are known to have applauded traitors, mercenaries and separatist leaders who misguide the ill-informed youth with heady slogans and catch phrases into holding unlawful protest marches and attacking security forces and strategic assets. The unholy nexus between the presstitutes as well as the separatist elements and their paymasters across the border is now a fact established on the social media. Irresponsible reporting by the presstitutes regarding the country’s defence preparedness and combat operations by our armed forces have at times put the nation’s security perilously at risk. It is a matter of time before the long arm of the law catches up with these enemies of the nation. 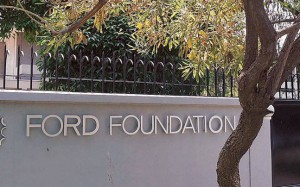 The presstitutes are not the only ones who misuse and grossly abuse the freedom of expression guaranteed by the Indian Constitution and thereby soil and sully their own profession. Nor are they alone in contributing to the subverting of the system and destabilization of the nation. There are quite a few NGOs that are openly and clandestinely funded by global powers for purportedly promoting social causes such as empowerment of women and preservation of ecology. The activities of these NGOs are, in reality, subversive and illegal in nature. In the name of protection of the nation’s ecological interests, they instigate disgruntled elements in the society against the government’s developmental programs like the building of dams, construction of nuclear installations for peaceful purposes, etc. They divert and channelise vast amounts of money received from overseas, into funding their illegal and subversive activities untenable in the eyes of the law.

In the name of providing basic facilities to the people and improving their living conditions in the impoverished tribal and other backward areas, and among insular communities, they have been known to organize events of proselytisation, which is strictly prohibited by the law and the Constitution. On the pretext of providing education and employment, they instigate gullible youngsters into disowning their faith and converting to a religion, the cause of which the instigators clandestinely serve and promote. They rush to areas affected by communal riots, purportedly to provide succour in the form of relief supplies. Their real motive is, however, to instigate the survivors of the riots and their sympathizers in the society on communal lines. Here also they explore, seek and find lucrative chances to convert the suffering people from their current faith to the self-proclaimed religion of “salvation” or “peace.” Here, one needs to recall that our Supreme Court has unequivocally declared that the right to profess, practise or propagate one’s religion does not mean the right to convert.

Furthermore, the financial records of the errant NGOs are found more often than not highly suspect and incapable of scrutiny and audit. Their activities have also been found murky and far from transparent. Being the beneficiaries of some of the corrupt, selfish and unscrupulous political parties in power, such NGOs have caused much damage in the past to the society and the nation. For instance, several crucial developmental projects could not take off the drawing board on account of the subversive activities of these errant NGOs. Due to this, the economic and industrial development of our nation has suffered irreparable losses over the years. The worrisome trend has, however, been arrested during the last two years because of some legal measures introduced by the BJP-led National Democratic Alliance government under the stewardship of Prime Minister Narendra Modi. These measures seek to check the illegal inflow of funds from abroad to the NGOs and monitor their activities in strict compliance with the legal requirements. The activities of the NGOs have thus been brought under sharp scrutiny for transparency, accountability, and answerability. In the meanwhile, our nation’s growth story continues to engage the attention of an appreciative and friendly international community.