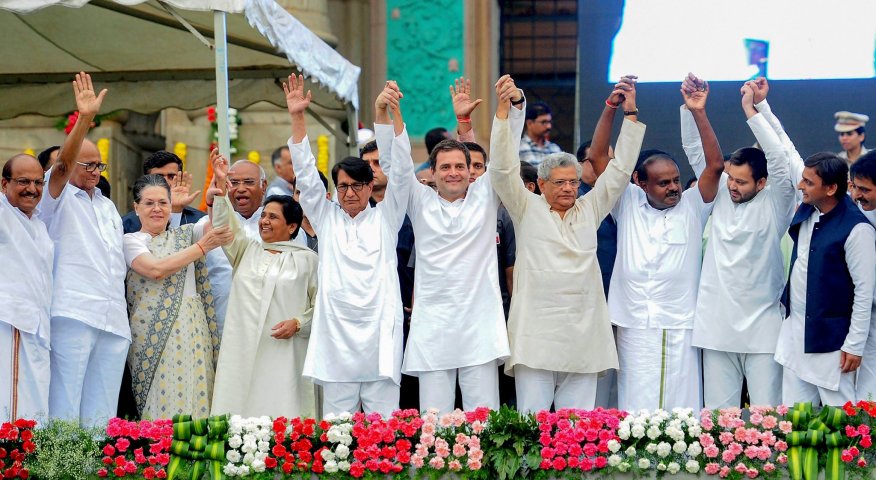 Having been unable to absolve itself of innumerable charges of corruption, scams and scandals levelled against it during its ten-year reign, the Indian National Congress (INC), which was unceremoniously dumped by the electorate five years ago, is gasping for breath and hoping for a fresh lease of life. If the party succeeds in its devious plan, it will then resume its unfinished task of perpetuating the dynastic rule of the Nehru-Gandhi family. Meanwhile, every other consideration including national interest and welfare of the people will come a distant second in its scheme of things.

A pale shadow of a victory wangled off in the polls for an odd State Assembly or two, thanks to its piggyback ride on the regional parties, has been sufficient enough to give it a much needed shot in the arm and a hope, however slender, for a spectacular comeback at the Centre. The oldest party in the country is now convinced that by playing second fiddle to the regional parties and pampering the massive ego of the local chieftains, it would be able to make a comeback with sufficient numbers in the Indian Parliament.

It is a universally acknowledged credo that all is fair in love and war. However, while the foot soldiers carry out the orders of their commanding officers to a T and fight to kill, the latter are expected to put on their thinking cap and draw a humane strategy to win the war and yet keep the casualties and damage to the civilian property of the enemy nation to the bare minimum. A serious and wanton breach of ethics in a war gives cause to a court-martial or war trials.

The electoral process is no different from a war, the only difference being that ballots are cast in the former instead of bullets fired as in the latter. Ethics are, therefore, an integral part of elections, just like a war. Politicians who fight elections for their own political survival have a comparatively longer tether than the armed forces who accomplish the same task on a different level.

With the exception of some unprincipled and unscrupulous leaders and lumpen elements that are practically found in every political party, the principled leadership provided by leaders of impeccable stature and consummate calibre make a name for their party and enable it to stand out among the others. A selfless leader of a sterling character who has dedicated his life to the service of the nation and the betterment of its people stands tall – head and shoulders above the others. 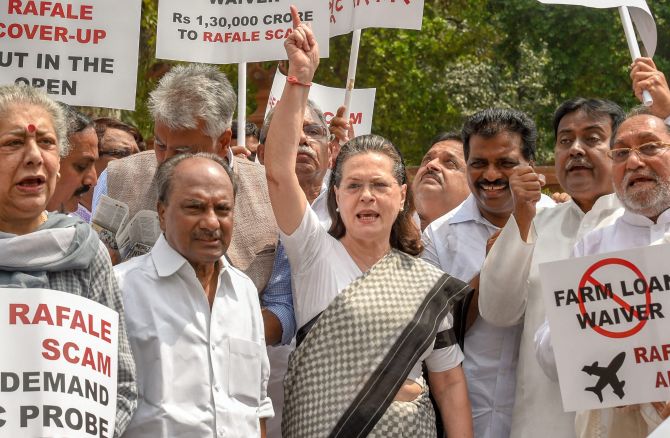 Narendra Modi is one such leader who holds the pride of place in his own party and is a cause for jealousy and chagrin in the Opposition parties. His meteoric rise to the pinnacle of political power and the aplomb with which he has vindicated his mettle to the wonderment of not only the people at home but also the international community, has made his detractors eat their heart out and become desperate for his ouster. How hopeless they feel about trouncing him in elections and how desperate they are to get him out of their way at any cost is best illustrated by a couple of instances. A senior Congress leader who is also a former Union Minister gave vent to his party’s exasperation when he pleaded, during a visit to Pakistan, for the help of Pakistan to ‘remove’ Modi from power, calling him the biggest hurdle to the restoration of normalcy between India and Pakistan.

That was indeed a calumny of the lowest order of insolence and hubris, and a shameless act of besmirching the image of one’s own Prime Minister while in an enemy nation. And yet, the desperado, Mani Shankar Aiyar, later on had the audacity to make an appalling and casteist comment against Narendra Modi by calling him a “neech aadmi”. Despite flagrantly resorting to this cheap gambit, Aiyar got away with a minor penalty of suspension from his party for a short period of nine months! The decision exposed not only the hypocrisy but also the double speak of the Congress Party.

In yet another case of breach of ethics in politics, Congress President Rahul Gandhi endeared himself to the Pakistani politicians and their mainstream media by inventing an imaginative scam in the Rafale deal, and they went out of the way to extend their two cent worth of support to his claim to the Prime Minister’s post. Is the daft support from the meddlesome neighbour a futile attempt to prevail on a section of the Indian electorate or merely a case of venting spleen against Narendra Modi? Is it perhaps tantamount to the brewing up of a larger conspiracy between the Congress Party and the enemy nation, both of whom are licking their own wounds inflicted by a common enemy? How does Pakistan expect to be benefited by a change of guard in Delhi in favour of Rahul?

The potshots that Rahul has been taking at the Rafale deal seems to have warmed the cockles of the meddlesome neighbor and brought it closer to the pliable claimant for power because Pakistan believes the efforts of the Congress Party president will make the procurement of fighter aircrafts fall through the details because of which India would be unable to pursue an aggressive policy against Pakistan. However, the haphazardly-sewn fake case of corruption that has been made out against Narendra Modi being a web of lies fabricated to put the Prime Minister in a bind and bad light won’t be able to stand the scrutiny of law or reason. Meanwhile, every Indian should realise that the Rafale deal involves a secrecy clause with another sovereign nation, the breach of which is deleterious to our nation’s interest.

Canard and Shifting of Stands

Congress and its new-found allies have all along been harping on the paramountcy of Secularism and accusing the BJP of flouting it at the cost of the minority communities. Come election time, Rahul Gandhi changes his tune, identifies himself with the majority community and claims to be a janeu-dhari brahman, with nary a thought to what the other sections of the majority community think about his identification with the ‘cream’ of the social hierarchy, no less! Given his parentage, he is in no position to establish his claim (obviously an untruth) of community, let alone its denomination. After having spent much of his time in making cheeky comments and vile remarks about the temple-goers, the election time spurs him on to become one himself and go on a spree of visits to temples and perform pujas and yagyas.

A hollow claim to be a Hindu, a Brahman and a Shiv bhakt, notwithstanding his uncharitable stand against the majority community and the sops that his party-led governments have generously handed out to the minority communities in non-election times completes the package of a canard that Rahul Gandhi has designed for a strategy. Congress is, in reality, a crumbling citadel, in urgent need of a good leader with a vision. All that the party can, however, think of is to anoint the scion of its first family as the next Prime Minister, with the help of falsehood, much to the dismay of its own cadre.

Move over Miguel de Cervantes! Here comes our own Rahul Gandhi, the Indian version of Don Quixote, armed with the spear of falsehood, accompanied by his squire Sancho Panza aka Mahagathbandhan (grand alliance of anti-BJP parties), on his old horse called Congress Party. The Congress president is raring to go charging at the windmills of parliamentary elections and slay the demon of nationalism assiduously built by the BJP, which is currently identified with the charismatic mass leader Narendra Modi.

89 thoughts on “Canard, Lies and Calumny Seems to be the Congress Strategy to Win 2019 Lok Sabha Elections”