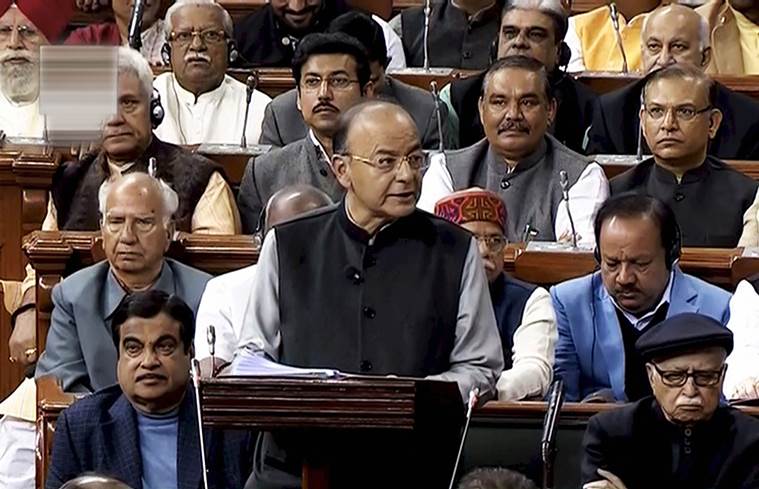 While presenting his last full budget ahead of the general elections due next year, the Finance Minister would certainly have thought over whether to appease the mass or global credit agencies and investors that have bet big on the reformist stance of the present administration. It appears he has preferred a balanced approach, more importantly a realistic one, which we can term as implementable as well as aligned with the aspirations of Indian economy as a whole.

In the very beginning let us also admit that union budget, presented every year by the Finance Minister in the Parliament, is not the only driving force or a manifestation of how the economy and its various sectors will perform in the short-term. Budget statements, allocations and targets are mostly ‘estimates’ and they are subsequently ‘revised’, similar to how the Finance Minister this year revised the fiscal deficit target from previously stated 3.2 percent to 3.5 percent of the GDP for FY 2017-18.

Hence, any statement on how the future will unfold cannot completely rely on the speech of the Finance Minister; yet it can be indicative and the same is being attempted in this article.

The reason why we have termed the Budget 2018 as balanced is because the Finance Minister has yet again reiterated the government’s commitment to fiscal prudence by setting an ambitious target of containing fiscal deficit to 3.3 percent of the GDP for the FY 2018-19. The question is will he be able to achieve this, more in light of reduced government revenues on account of introduction of new indirect taxation regime, GST, which we cannot expect to achieve optimum goalsin the short run.

Another reason why the budget is being looked upon as balanced is the Finance Minister did not try much to appease the substantial voter base comprising of middle class section by tweaking the income tax exemption rates for individual taxpayers.

Although this is only anassumption, but we do believe that any other government presenting its last full budget prior to general elections would have surely tried to increase the exemption limit for taxpayers in expectations of a favorable stance from this section of voters. In contrast to this, the Budget 2018 has come up with a rationalized approach where the FM admitted that salaried taxpayers are burdened more as compared to non-salaried counterparts owing to the transparency of tax incidence in case of salaried taxpayers; hence standard deduction of upto INR 40,000 has been wisely allowed that should benefit as many as 2.5 crore taxpayers.

There may be voices raised against less than expected increase in budget allocation for scheduled castes and scheduled tribes; while for SCs the allocation to schemes directed at their welfare has been increased marginally from last year to INR 56,000 crore, for STs the same is INR 39,000 crore. Let’s find out if this is actually less.

A former Indian Prime Minister openly admitted that only a small percentage of money allocated for the vulnerable classes reach the intended beneficiary owing to extensive corruption and lack of transparency. Imagine then that out of the entire money allocated to the vulnerable classes, how much is actually spent on their progress at the ground level. This brings up another argument of increasing transparency.

The Finance Minister has emphasized on the digitization of more than 1 lakh gram panchayats in his speech and has committed allocation for expanding this programme. Direct Benefit Transfer has already saved thousands of crores of government’s money hence the part of revenues spent by the government on digital infrastructure development would more than make up for the less than expected increase in allocation to SCs and STs.

Not to miss is the budget declaration of setting up of Eklavaya Vidyalas in areas where scheduled tribes account for more than 50 percent of the population. In his speech, the FM indicated that the focus in these educational institutions will be on tribal art as well as on skills training.

Now let’s dwell on the most impactful announcement made. Up until now, the poor were covered for upto INR 30,000 under the National Health Insurance Scheme. In an unprecedented move, the government has increased this cover to a whopping INR 5 lakh for every poor household, a commitment that will touch and better the lives of more than 50 crore Indians. And at the same time, this never appears unrealistic. In various studies, the negative impact of lack of access to healthcare on the overall economic growth has been well established.

While the overall allocation for health and education has not increased sharply, the impact of announcements such as establishment of 24 new government medical colleges and hospitals with a view that every state should have at least 1 government medical college, allocation of INR 600 crore to Tuberculosis-affected individuals for fulfilment of their nutritional needs, INR 1,200 crore for health and wellness centers across the country, absorption of 1,000 B.Tech pass outs from premier institutions as PM Research Fellows and the admission by the FM that ‘quality of education in India is a cause of concern’ will be substantial.

The analysis of the results of Gujarat state polls shows how the rural parts of the state drifted away from the ruling BJP. This can be the reason why the Finance Minister in his budget speech spoke about reforms in farm sector prior to any othersector of economy.

But ahead of counting the announcements made in favour of the farming community, let us not miss that in his speech the FM expressly counted farmers as vulnerable, he could be heard saying – “farmers, poor and other vulnerable sections” –and this in itself is an indicative of sufferings of our farming community. If at all there is anything that can be termed unrealistic, over-ambitious, it is the declaration of doubling the farmer income by 2022. This can be observed in the backdrop of the economic survey that indicated the negative impact of climate change on agriculture.

Still, the FM had a lot in his kitty for farmers. The most laudable of these measures was the allocation of INR 2,000 crore for development of local agro market so that farmers can sell their produce directly to consumers and bulk purchasers without having to rely on APMCs or even the lately implemented eNAM.

Similar to how cluster based approach aidedthe manufacturing sector, the FM has stressed upon sameapproach for the farming sector. Clusters will be developed based on which area specializes in which kind of produce. As far as allocations are concerned, INR 1,400 crore is allocated to the crucial food processing sector (2 times the allocation last year), INR 1,290 crore to the bamboo sector and another INR 10,000 crore for fisheries and animal husbandry sector combined. The key announcement was the government’s commitment to provide at least 150 percent return on cost of production to farmers by adjusting the minimum support prices (MSP) accordingly.

The Finance Minister did not miss to talk about the air pollution that gripped the national capital and judiciously committed to provide subsidiary to states of Punjab, Haryana and Delhi for the procurement of machinery to deal with stubble burning – a laudable initiative.

Policy initiatives of the present government that have been well received by the general populace saw special stress on widening their fold. For example, the much appreciated Ujjawala Scheme under which free LPG connections are being given to poor households has been expanded so as to cover 3 crore more households. 2 crore more toilets are to be built under the Swachh Bharat Mission and the target for lending under the MUDRA scheme is INR 3 lakh crore for FY 2018-19.

To bridge the gap between formal and informal sector job creation, the FM has announced that the government will contribute 12 percent of wages for employee provident fund for all sectors for next 3 years. This initiative would encourage more employment creation in the formal sector where employees enjoykey social security welfares. The textile sector, animportant employment intensive sector has been allocated INR 7,148 crore.

In his speech, the Finance Minister acknowledgedcontraction in sources that generate revenue for the government. Hence, special mention of an alternate source of revenue, disinvestment in public sector undertakings was indispensable. The FM has said the government would raise INR 80,000 crore in the FY 18-19 from strategic disinvestments.

Also reiterating his commitment to lowering the corporate tax rate from 30 percent to 25 percent, the Finance Minister has now extended the benefit of reduced 25 percent tax rate to companies with turnover upto 250 crore(erstwhile 50 crore). The single move is set to benefit almost 99 percent of companies that are under the tax net. On account of the same, the government is set to lose revenue of approximately INR 7000 crore in 2018-19.

A prudent decision can be said to have been taken with respect to tax on long term capital gains on securities that until now was nil. From now on, any long term capital gain in excess of INR 1 lakh in a single year will attract a 10 percent tax. This as well as the declaration to increase the education cess by 1 percentage point can be seen as measures of the government to make for the revenue foregone by providing rebates in corporate tax rate and to senior citizens (interest upto INR 50,000 on deposit in banks and post offices is now exempt from tax).

The above mentioned declarations are some of the key highlights of the Budget 2018. But what about the unspoken aspects, let’s then read between the lines.

Although the budget does seem to be realistic and balanced, there are a few points where the Finance Minister owes justification. How will the government defend breaching the target for fiscal deficit for current financial year? Not only could this impact India’s sovereign rating, combined with tax on long term capital gains, this could discourage foreign investors from the Indian market.

Also, the FM has proudly declared a departure from the embedded policy of decreasing custom duties in a liberalized and globalized Indian economy. But isn’t the decision to increase custom duty on certain goods adivergencefrom PM Modi’s criticism of protectionism by major world economies in his World Economic Forum speech?

Strategic disinvestment was a focus in the budget but will the government wait until the public sector undertaking turns sick, just as in the case of Air India, the national carrier, before thinking of selling its stake, or will the bureaucracy now be proactive enough to even contemplate selling government’s stake in presently profit-making enterprises, for instance oil companies.

As we mentioned in the beginning, the budget document or speech can never solely shape how the future will unfold. All rests on whether or not the allocations reach the intended beneficiaries and how the government keeps its promise of fiscal prudence.

PS: The government has now expressly stated its intent to adopt the blockchain technology; and at the same time has also clearly stated that cryptocurrencies are not legal tender.

(The article originally published on “www.udayindia.in” on 1st February 2018)