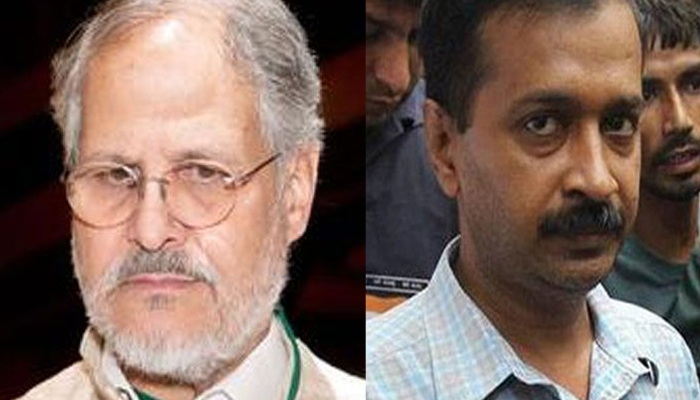 The recent State Assembly dramas in Uttarakhand and Arunachal Pradesh as well as the open hostilities between the Arvind Kejriwal government and the Delhi governor have swung public focus on the role of governors of states in India, their need, and efficacy in a free country, as well as on the powers and immunities they enjoy. And to be succinct, in today’s digital age, these legacy figures of the British Raj, firmly ensconced in Raj Bhavans in each state of the country, are a terrible drain on the public exchequer ad infinitum, with nothing positive to contribute. In other words, it’s time for them to go.

By saying this, the intention is not to argue that the functions of a governor, which are indeed essential for any democracy to succeed, need to be done away with. But that given the development of digital communications, and in an age where criminals depose in court through video conference, or our Prime Minister addresses crowds in New York while sitting in New Delhi, the need to have Raj Bhavans in every state and Rajyapals with their group of cronies and attaches, only to represent the hand of the President, is unnecessary, and exorbitant.

It is better to centralize gubernatorial functions in the President’s office, with departments added for every state in New Delhi, and whittle down the powers and duties (or meddling in elected state governments) to bare essentials, like the need for President’s Rule, or caretaker functions during a change in government in states.

If the millions of poor, illiterate people in India can be urged towards internet banking and cashless transactions and the use of e-wallets overnight, there is no reason why swearing in of state cabinets cannot be done through video conference directly by the President of India. It will create less hassle, more prestige, and symbolic involvement of the entire nation in ceremonial functions of a state.

There is also no reason to maintain plush old-age homes for questionable characters, providing them immunity from prosecution, and allowing them to directly meddle in movements of elected state governments, thus slowing the speed of policy execution and helping to hold democracy to ransom. Fusing the powers and roles of individual governors into the President’s office will provide more centralization as far as the Union executive is concerned, and at the same time provide more decentralization and greater freedom to state governments. This will be a win-win situation for both the Centre and the states.

Every state has their painful history of bills pending for years before governors and being unable to exercise the will of the people, frustrating the will of elected representatives of the people residing in a legislative assembly, and of witnessing democracy demolished on the altar of the Raj of a Rajyapal. In an observation by the Supreme Court on 14 December 2016 in Delhi CM-LG feud, it has been explicitly accepted that elected governments should have power to run the state.

Governors are not elected but selected. They do not represent the unnamed multitudes of India, the sons of the soil who toil to make India what it is. They are not chosen by the people, but represent the baggage of vested interests of those who want to ensure their Raj remains on democratically elected state governments. And for this unwholesome service, these governors not only draw fat salaries, but pensions also extend to their spouses, and even after retirement from their posts the poor of India have to bear salaries of their attaches, costs for setting up of their post-retirement offices and keep on feeding the “millionaire paupers” until their deaths.

The people of this country can impeach the President of India, however difficult that process might be, but they cannot impeach the governor of a state. There’s no legal provision for that. Only the President of India can sack a governor, a rare occasion, and that takes place only when the entire nation cries out in shame, and there is no room left to brush their misdeeds or mistakes under the rug.

Understand this, the post of a governor of a state stands outside time and the democratic framework. Constitutional functionaries like the President, the Chief Justice of India or the Comptroller & Auditor General can be impeached or removed by the will of the electorate so exercised because they are constitutional functionaries. But not a state governor. However, if a governor were truly a constitutional functionary in the sense of those mentioned above, then he or she would have been subject to impeachment like the President. He or she should have been accountable to the people of the states affected by their decisions. This is not so. Governors can play the President’s role at the state-level, but with unfettered impunity.

In other words, though a governor’s actions directly affect the present and future of the people of a state, the electorate of that state – who are impacted by the governor’s actions, have no way to directly remove their headache and have to suffer in silence. This is a situation in line with interests held by the erstwhile British Raj, who needed representatives to hold enough power to subjugate the Indian masses across the country. But in a free country, this is a travesty of natural justice and democratic principles.

Nothing in the Constitution can be cited to glorify this, for the creators of our Constitution, by themselves, have given provisions for the Constitution to be amended – thereby declaring that the document is neither final nor immutable. Don’t turn our Constitution into a Holy Book to support the Raj of Rajyapals, for more have been slaughtered in the names of Holy Books in human history, more mass atrocities committed, than in the name of anything else. Here, it needs to be emphasized that flexibility is a sign of life, and rigidity that of death.

When creating the structure of a new nation, the creators of our Constitution followed some templates, much of it borrowed from the British Raj, and the Viceroy became the President, with provincial governors becoming Rajyapals. In fact, the makers of our Constitution were experimenting. And it seems they were also being cautious with the aim of ensuring that they do not upset a functioning administration and bureaucracy handed down by the British. But over the decades this experimentation has proved that coupled with progress in technological civilization the vestiges of the Raj, the Rajyapals, can be safely done away with.

The role of the current governors of states in India is not in line with the thoughts of Dr Babasaheb Ambedkar, who, while speaking on the role of a state governor in the Constituent Assembly, said, “If the Constitution remains in principle the same as we intend that it should be, that the Governor should be a purely constitutional Governor, with no power of interference in the administration of the province.” But that intervention comes indirectly in many forms. If you can’t pass bills, can’t appoint top functionaries without the assent of the governor, interference is implied.

The role of current governors of states is not also in line with the thoughts of Pandit Jawaharlal Nehru, who had said in the Constituent Assembly that in the case of governors it would be desirable to have people, “who have not taken too great a part in politics.”

If one looks at the governors who came after Independence, from Surjit Singh Barnala to Sheila Dixit, from Banwarlilal Purohit to Vajubhai Vala, a majority of them are veteran politicians. The rest are drawn from the ranks of civil servants, police officers, and Armymen. Someone like President Abdul Kalam is a real rarity amongst these top executive positions – that of the President and governors – and one will have to search via satellites to find a genuinely qualified person for this post, like Kiran Bedi, who is not a diehard partisan of some party or the other.

In fact, the post of a governor has become reward postings for politicians in a bid to provide them with privileges and pensions at the cost of the taxpayers, and for mocking democracy through some prevailing loopholes in the Indian Constitution. Those loopholes might have seeped in just because the executive had to be fashioned on the pattern of the bureaucracy that was being inherited from the British Raj, along with Rajyapals.

However, since then everything has changed drastically. Furthermore, we do not want the inept handling of the democracy like that happened in Arunachal Pradesh in August this year, leading to the suicide of someone of the stature and integrity of immediate past Chief Minister Kalikho Pul. As such, it’s time to do away with the governors, because despite their actions being held as ultra vires, mala fide and unconstitutional by courts in many cases – till date, no governor has resigned nor has any criminal proceedings ever been initiated for abuse of power against any governor.

Hence, it is high time to eliminate the loopholes that slow down democracy in India. These dignitaries who have no accountability to the electorate but yet determine the fate of the people, need to go, and it is time to rename Raj Bhavans, and turn them into museums or public utilities, rather than spending crores to stroke egos of some who believe themselves to be above and beyond the people of this country.

Either build sufficient accountability to the electorate whose lives are affected by the actions of governors, or centralize functions of all governors and vest them with the office of the President. The governors, anyway, do not have the duty of heading the military, as the President has. Furthermore, splurging crores of rupees on Rajyapals and Raj Bhavans is hardly something a country like ours can continue to be burdened with.

109 thoughts on “Should the Post of State Governors be Abolished?”