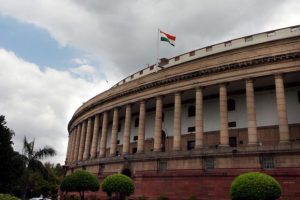 The current political system in India is a hand-me-down bequeathed by the outgoing British masters at the time of independence. Although it was not the only choice available to the Constituent Assembly that drafted the Constitution, we had consciously chosen the Westminster form of parliamentary system just as we had accepted the British legacy of Railways, Post and Telegraphs, and the English language.

Notwithstanding the drastic and fundamental changes ushered in since independence in a broad spectrum of areas ranging from education and social development to science and technology in a bid to adapt to the changing needs of the nation, the political system has remained unchanged and is the last bastion to survive the changing times.

Seventy years of existence as a sovereign democratic republic hitched to the parliamentary system has seen India through difficult times, marked by multiple wars, terrorist attacks as well as political disturbances and economic challenges in the region. This speaks volumes of the built-in strength of the country’s parliamentary form of governance as well as the people’s faith in the system, and their fortitude and resilience vis-a-vis the systemic jolts and inadequacies.

The degree of success of the Indian system is borne out by its sharp contrast with the dismal depths to which democracy in neighbouring Pakistan that was granted independence at the same point of time as India has plummeted multiple times, following several military coups. The brief spell of internal emergency notwithstanding, the Indian nation has made steady progress and development.

All the same, certain constraints and systemic shortcomings seem to have resulted in the nation’s political course hitting a plateau, and a consequent slowing down of the pace of progress. Despite a massive economic growth and social progress, made possible by the nation’s political stability, India’s success story is marred by pockets of economic stagnation and social backwardness – a veritable Gordian knot, the untangling of which is a daunting task staring the nation in the face.

Indian Parliament has witnessed on many an occasion ugly scenes of disruption of the proceedings, and a total washout of sessions on account of a mulish stand taken by the opposition ranks vis-a-vis the buoyant treasury benches. The platform provided by the parliament for its members to discuss matters of national interest and people’s welfare, is more often than not misused by the honourable members for holding slanging matches and tarnishing the reputation of their adversaries with baseless charges.

As the unruly behaviour of the members on the floor of the legislature is beyond the purview of criticism outside the House, the mainstream media, which tends to wax eloquent over speculations and inconsequential issues, remains mute to the incidents of wasteful expenditure of the legislature’s time, and irrational behaviour by capricious members.

Many a time the enactment of laws by legislation is severely hampered by the unacceptable behaviour of the people’s representatives who take the system for a ride. In such situations, the other branches of the system, namely the Executive and the Judiciary, tend to feel shorn of their pride and glory and go off at a tangent of their mandate, away from total attunement to the law or the spirit of the Constitution.

The above scenario may delay resolution of important issues such as the Sabarimala imbroglio, Ram Temple controversy, Triple Talaq squabble, etc, not to talk of the equally important, if not more serious and fundamental, issues like Genuine Secularism, Meaningful Reservations, Uniform Civil Code, etc. When the legislature, meant to be an amphitheatre of verbal jousting between people’s representatives with conflicting ideas, is reduced to a Coliseum of gladiators who fight to kill, issues that concern the people and the State become the casualties.

Prime Minister of United Kingdom, Winston Churchill, who stoutly resisted India’s call for independence, reportedly uttered the following words of infamy: “Power will go to the hands of rascals, rogues, freebooters. All Indian leaders will be of low calibre and men of straw. They will have sweet tongues and silly hearts. They will fight amongst themselves for power and India will be lost in political squabbles.” This did not, however, deter the people of India from fighting for freedom.

Likewise, election after election over the years, the people have not lost heart despite the failure of the system to serve them optimally. On the contrary, every round of elections bears testimony to greater participation in the exercise by the electorate than in the previous one. Let us, however, not be misled into believing that everything is hunky-dory between the people and the system. There are already signs of disappointment and discontent. All it takes is for a discerning eye to observe keenly.

No Rocking of Boat

The presidential form of governance is far from perfect. It has, at the helm of affairs, a President vested with sweeping powers to appoint and dismiss ministers and key officials, command armed forces, wage or end wars, sign or veto legislation, convene or adjourn the legislature, grant pardons or reprieve and so on and so forth. A wrong person who lands at the top slot would have all the temptations and opportunities to turn into a dictator. However, it is far from feasible.

The parties which field their candidate for the Presidential elections would take great care to select the best candidate that would not only go overboard but is capable of weathering the storm. Moreover, there is the system of impeachment of the President, which serves as more than a wet towel to douse the cocky spirit of an errant President. As such, the Presidential system has its own checks and balances to ensure that there is no rocking of the boat.

The most heartening and redeeming feature of the Presidential form of governance is that the President is not tied to the apron strings of the legislature and not bogged down by the pressure of excessive demands from legislators of his own party or the Opposition. He is directly elected by the people of the country, and it is to them alone that he is answerable. In the hands of any conscientious, right thinking and hard working President, the Presidential form of governance is nothing short of the most effective tool for serving the nation, crafted by political wizards and experts.

It is precisely this kind of a wonder tool that is the need of the hour for the current charismatic Prime Minister of India, Narendra Modi. That is because he is struggling hard to keep the welfare of the people and interests of our nation in alignment and harmony in the face of a stiff Opposition by a grand unholy alliance of failed dynasties gasping for political power. Yet a switchover from one form of governance to a more suitable one, especially after a seventy-year make do with the former, does call for a nationwide debate and a consensus on the part of all the stakeholders to make the transition as smooth as possible.

97 thoughts on “Should India Switchover From Parliamentary System to Presidential Form of Governance?”