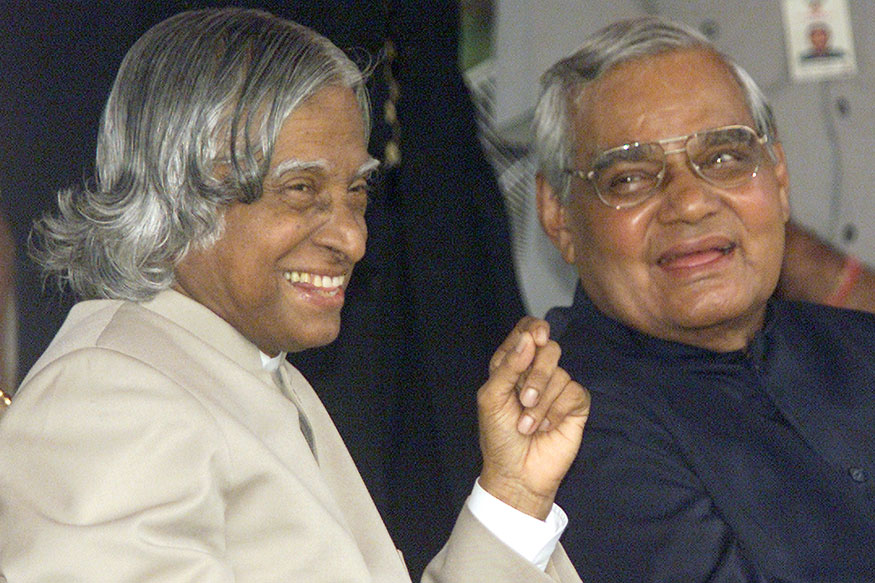 It is a matter of abiding concern that ethical behaviour in Indian politics seems to have become increasingly in short supply over a period of time. Politicians are far too preoccupied with the battle of the ballot that needs to be fought every now and then in some corner or the other in a nation as big as India. In such a scenario, they neither have the time nor the inclination to introspect over the rapid drop in their standards of behaviour and actions. As such, the battle of wits, which precedes and succeeds the polls, has become too murky an affair to make every right thinking citizen despair.

The trajectory that Indian politics has taken since Independence has left the people under no illusion about the fast depleting scope of decency and decorum in public life. The alarming descent in standards in the way political debates are carried out in legislatures and various public fora and the accompanying bickering and aggression has foreclosed the option for the law-abiding youngsters to consider becoming a full-time politician. Suffice it to say that the universal opprobrium attached to the vocation of politics succinctly put in the immortal words of Bernard Shaw that “Politics is the last refuge of a scoundrel” has never been more acutely felt than now.

There hardly passes a day when an avid newspaper reader does not feel assaulted by headlines screaming at him about the deplorable conduct of some politicians. Proof or no proof, reports of corruption, nepotism or involvement in assorted scams and scandals by those in high offices get splashed with alarming regularity. The electronic and social media are even more vociferous than the print media, with an eye on the TRP ratings. While the reports are often reflective of the baseless allegations made by political leaders against their rivals in the name of freedom of speech, what is sadly missing is accountability.

The public learns to live with a slew of charges seldom proved in the court of law. However, the politicians who concoct false allegations and spread canards against leaders of impeccable character and blemishless integrity are the real beneficiaries of the situation. Such crook politicians know they have already won half the political battle as they have succeeded in sowing seeds of doubts, suspicions and scepticism in the minds of the unwary public, which readily lap up the sensational stories. What is most disturbing in such a scenario is the usage of the highly inflammatory and objectionable language used by the unprincipled politicians.

The fact that there are high stakes in politics does not make the usage of unethical practices justifiable. Who can justify or defend anyone that seeks to malign a leader of the people, besmirch his image or ruin his reputation with baseless allegations? While the attacked leader has legal recourse to compensation for defamation, what about the hurt caused to the sensibilities of the public that is caught in the crossfire between the offender and the attacked leader? Why should the common people suffer the indignity of being exposed to a series of scurrilous writings and speeches with no scope for compensation for being taken for a ride?

Many a time, it is not only the individual political leaders who are targeted for slandering. Even high institutions such as the Court, investigation agencies, Election Commission and the Armed Forces are not spared either. They are flagrantly or indirectly accused of colluding with the government. At the instigation and backing of some political leaders or their parties, many anti-social elements, trouble-makers and mischief makers in the guise of academics and student leaders launch a blitzkrieg of an unacceptable and highly objectionable publicity campaign against their political adversaries, for a price.

Furthermore, they do not even spare religious authorities or institutions. Resultantly, the common man’s faith in democracy and secularism is severely shaken. The Sabarimala temple issue is a case in point. Terrorists, Urban Naxals, anti-nationals and other fringe political groups take heart from such reprehensible developments and set about their demolition work to weaken the nation by twisting and distorting the truth. Constant exposure of the people to such an unhealthy atmosphere would instigate an attritional effect on their self-esteem and also on the pride in their country’s culture, history and political system.

Higher the Authority More the Abuse

Let us take the case of Prime Minister Narendra Modi who has been at the receiving end of the Indian political Opposition that loves to hate him. It will reveal the extent to which the latter would go and the level to which they would stoop to defame the PM and deride his authority. When the Prime Minister claims in a moment of utmost humility to be a chowkidar that would not allow the looting of the country by anyone, he wins the approbation of the people. On the contrary, it is ironical that his detractors arrogate to themselves the liberty of trying to downgrade him in the people’s estimation to a chowkidar in stature and respect. Here we get to see that humility is reciprocated by arrogance and audacity. This is the kind of unethical behaviour amidst the ranks of the Opposition that people are shocked to witness – pull down an elected leader of the people from his high office and trample all over him!

However, this is nothing new. Haven’t we witnessed the self-proclaimed champions of Secularism and casteless society, who are now reduced to the ranks of the political Opposition, badmouth our current Prime Minister before the 2014 Lok Sabha elections, as a mere “Chaiwallah”, as if tea-making is a much-abhorred odium, if not a sin! They seemed to ask how a common man can have the audacity to run for the Prime Minister’s office? There were many more such jibes and barbs from the same crooked politicians such as Merchant of Death, Hitler, Butcher of Gujarat, Gangu Taeily who challenged Raja Bhoj…the list is endless.

After his ascension to the high office, every move and deportment of his came into sharp focus: his expensive clothes, alleged desertion of his wife and mother, the bonafides of his educational qualification, his travels abroad, so-called crony capitalism, etc. His private life was no more that private as it used to be. He had become a goldfish in the spotlight. Put him in a bind – damned if he acts and doomed if he doesn’t! Baseless accusations on the jet fighter procurement and cynical observations about the veracity and success of the surgical strikes refuse to die down despite the vindication by the apex court and the army authorities. Every single act of virtue, simplicity and piety was reduced to an object of ridicule and derision reserved for a much-reviled enemy rather than a political adversary.

The political atmosphere in India today is so putrid and unhealthy that nothing short of a surgical strike would cleanse the toxic air. The people of our country should summon the courage of conviction to strike at the very root of the problem and flush out the dregs of dynastic rule, as it seems to deter capable and ethical people from entering politics since they believe they don’t stand a chance of winning against their dynastic peers. This, in turn, is one of the reasons instrumental for perpetuating unethical behaviour in Indian politics. In this scenario, all that the Indian voters need to do is to reboot the current system by returning Team Modi to power, with a thumping majority. Because there is no way, our country can have a people-oriented government and clean governance based on ethics without breaking the vicious grip and stranglehold of dynastic rule in Indian politics.