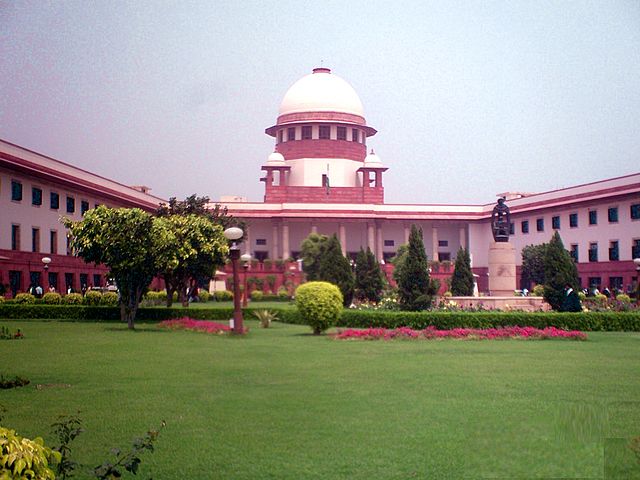 Independence of judiciary is in the very essence of our constitution, this also is a pre-requisite for safeguarding the democracy against not-always-just political intentions, which many a time are driven by the greed to extract maximum out the constitutional setup, even if that demands arbitrary amendments to this supreme of the land. Had there been a political/ executive touch in the judiciary, the forty-second amendment to the constitution that struck down powers of the Supreme Court to a catastrophic extent and such other politically motivated stands would have stripped us of our fundamental rights and shifted the sovereignty exclusively to the parliament. Now that the fight of justifying the National Judicial Appointments Commissions Act 2014 and the ills of the collegium system has landed up in the Apex Court, it is more than warranted that the parties to the case consider this as not being ‘exclusive judiciary’ or ‘exclusive legislature’, but from the perspective of the makers of the constitution.

This isn’t for the first time that appointment of constitutional courts’ judges through the creation of the collegium has become a victim of unwanted controversy. To steer clear of the executive and legislature with respect to appointments in the judiciary, the court evolved this system, which however, does not find place in the constitution of 1950 or any subsequent amendments; we all know how the weapon of ‘partially rigid and partially flexible’ system for amending the constitution was exploited by previous governments from time to time, placing supremacy of the original constitution at stake. Ever since the ‘opinion’ of the Supreme Court given in the Third Judges Case, the system has been criticized by jurists and legal experts, even by the then President of India. It is often claimed that lobbying has become an inevitable part of the judiciary in post-collegium era, and judges, rather than lessening the burden of ever-high pending cases, secure a position by winning over the collegium members; let us not then also question the evident lobbying deep-rooted in all government functioning, from selection and transfer of ministers to placement of bureaucrats; should then the judiciary not step in to curb such ‘biased decisions’, would then the governments accept such infringement of their ‘exclusive’ rights as are in the constitution?

But the defending of the NJAC in the ongoing Supreme Court hearings has turned into a bitter fight where the hearing bench of five judges has presumed the role of a party to the case, more because they have been compelled so, and the Attorney General has been asked to put up evidences that show inadequacy of collegium. The opaque collegium, as is named by its sheer opponents, certainly has some flaws as far as it allows ‘judges appointing judges’, which in the very verbatim tone indicates prevalence of favor in some if not all appointments. This, however, cannot render righteousness to the NJAC where the executive and even persons from outside the field of judiciary and legislature may relish the opportunity of appointing judges. It can be agreed that the concept of collegium appointments in its entirety may not be exceedingly transparent; hence the composition of collegium to make it more transparent and the consultation broad-based, as advocated by former CJI Justice Sathasivam, can be deliberated upon, putting this ongoing and unwanted ruckus to a shrewd end.

As said earlier, why not peruse this subject with the eyes and intent of constitution makers who made ‘independence of judiciary’ the spirit of this supreme law, and even we, having preserved our rights by timely interventions of courts and through doctrine of basic structure that enables judicial review of any of the government’s move, must advocate stringent non-interference of legislature and executive in judicial machinery. Let not a day arrive when the courts of India become a power in the hands of political men, who are free to exploit it for their own good, let not the era of ‘Indira Constitution’ be resuscitated. Powers to executive, though with eminent jurists, will defeat the soul of the constitution; also, we do not want delays in the appointment of judges as is seen in crucial appointments, for say heads of PSUs and CPSEs and of CVC and CIC.

‘Appointment’, be it of the judge of the constitutional court, or of ministers assisting the Prime Minister/ Chief Minister, or in any other office, which is directly or indirectly accountable to the public at large, shall not be the prerogative of an individual/ cluster that can be influenced. But, putting this system to end is improbable, since any agency/ system in place for appointments will comprise of persons and such persons, whether independent or from within the cluster, can never be immune from influences. Nevertheless, what happens with bureaucrats and the CBI cannot be made a scenario in the Indian judicial setup, which is the savior of our constitutional setup. Many High Courts are awaiting appointment of Chief Justice and also worrying is the vacancy in offices of high court judges; resolution of NJAC vs. Collegium issue will not only pave way for such appointments but will also speed up justice for the common man. Fight must be brought to such an end that neither the independence of judiciary gets compromised nor does this become an ego conflict between judiciary and government; most judicious is to rework flaws of the collegium and let the judiciary remain a sovereign domain.

92 thoughts on “Independence of Judiciary vs. the NJAC”