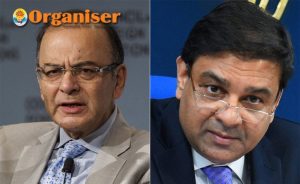 Reserve Bank of India’s (RBI) top brass comprises of persons with the outstanding calibre, and they should know even more than ordinary citizens that their public statements can make or break the economy of the country. Still, we are not to forget that reasonable dissent must be allowed to uphold the integrity of our institutions. In this light, hereunder are some questions that seek answers from RBI.

First, let’s talk about non-performing assets (NPAs) and the 2016 initiative of the central bank mandating strict provisions for stressed assets. NPAs are a common phenomenon in any economy since not all borrowers can service loans in a time-bound manner owing to many reasons which can be within (bad management decisions or embezzlement of borrowed funds) or beyond their control (unfavourable market conditions or sudden change in government policies). Prudently tackling with NPAs involves identifying stressed assets in such a manner that they do not adversely affect future lending operations of banks.

What about RBI’s deliveries in its present functions? Now that everyone is discussing and finding faults in the IL&FS episode, barely is anyone trying to reach to the bottom of the issue. Credit rating agencies (CRAs) of India had until recently shied away from flagging IL&FS and downgrading it despite the financial mess that was growing within due to asset-liability mismatch

RBI failed in doing this by giving a body blow to commercial banks and instructing them to identify bad loans with immediate effect and not in a phased manner. Imagine, the dust that was being continually brushed under the carpet was taken out all of a sudden and banks were ruthlessly asked to clear the mess immediately.

Making of the Crisis

What happened was almost all public sector banks posting unprecedented losses and a double whammy of lost confidence in banking institutions (that otherwise would have made dividend payments to support GoI’s expenditures) and curb in lending activities. The government had to step in and earmark budgetary resources (which otherwise would have been used to fund infrastructure growth, thereby creating jobs) to recapitalise banks. The question is why RBI recklessly pursued bad asset recognition exercise rather than undertaking it in a time-bound manner? 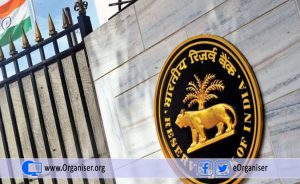 Second, let’s talk about regulation of RBI over banking institutions. RBI seeks greater autonomy in this respect but is the current framework so bad? RBI conducts Annual Financial Inspection (AFI) of commercial banks where the central bank assesses many aspects including loan books and financial health of banks. In the year 2016, RBI took a sudden, rather knee-jerking decision, of increasing the sample size that it analyses and unearthed many skeletons in loan books that had hitherto remained hidden. Loans that were extended without proper due diligence and were on the cusp of turning bad should have been noticed by RBI prior to 2016 during its AFI exercise.

However, this never happened. Moreover, while the central bank enjoys vast powers concerning private banks- where it can remove CMDs, call a meeting of Board, appoint observers and remove managerial brass- it failed to rein them in, and it was only after the Asset Quality Review exercise that lenders such as ICICI Bank abruptly recognised stressed assets. The question is why RBI did not tough act before 2016, and properly conduct AFI?

Third, RBI has openly voiced its concern over establishing a separate regulator for payments as suggested by the government. RBI’s rationale is that since all digital payments have an underlying bank account and banks are regulated by it; there exists no need for a separate regulator as it would result in overlapping jurisdiction and synergy would be compromised. Although the data isn’t available on how many digital transactions fail on a daily basis, for example when a person uses the UPI interface to transfer money from one bank account to another, one can easily guess that the number is substantial. RBI, the institution that oversees functioning of banks, has a mandate to keep inflationary forces under control and undertake various measures like open market operations (OMO) to infuse/ curb liquidity and sell/ purchase dollars to manage rupee exchange rate, cannot be expected to handle payment ecosystem, thereby justifying the need for a separate regulator. The question is why the central bank wants to hold on to power?

Fourth, what about RBI’s deliveries in its present functions? Now that everyone is discussing and finding faults in the IL&FS episode, barely is anyone trying to reach to the bottom of the issue. Credit rating agencies (CRAs) of India had until recently shied away from flagging IL&FS and downgrading it despite the financial mess that was growing within due to asset-liability mismatch. Although CRAs are regulated by Securities and Exchange Board of India (SEBI), they are also accredited by RBI to undertake rating exercises for large loans, commercial papers and Letter of Credit. It was only in July this year that RBI contemplated undertaking a joint audit of CRAs along with SEBI. The damage, however, was already done. IL&FS, which enjoyed debt rating of highest standards, defaulted on its obligations and the ripple effect was felt across the sector. In a flash, almost every NBFC stock headed south owing to liquidity crunch in the sector. The question is why RBI did not rein in CRAs proactively?

It is easy to criticize the ruling Government than to admit own blunders. And RBI chose the former to take the spotlight away from its own failures as listed above. Indeed, the central bank deserves its share of autonomy to maintain the health of India’s banking sector and undertake timely remedial actions in cases of divergence. However, the wise men of RBI cannot stand vindicated when they openly blame the government of the day without any rationales whatsoever. Foreign investors are already pulling money out of emerging economies due to rising interest rates in the United States; hence a public rift between the government and country’s central bank will only further erode confidence. At a time when the country desperately needs investment for infrastructure growth and to create jobs, the RBI’s dissent is an unjustifiable endeavor. Setting own house in order ought to be the priority of RBI.

(The writer is an ex-Director of PNB & Dena Bank)

(The article Has the RBI failed in Lining-up the Banking Reforms? A few questions for the Central Bank from a top banker is published in ‘Organiser’ )

81 thoughts on “Has the RBI failed in Lining-up the Banking Reforms? A few questions for the Central Bank from a top banker”