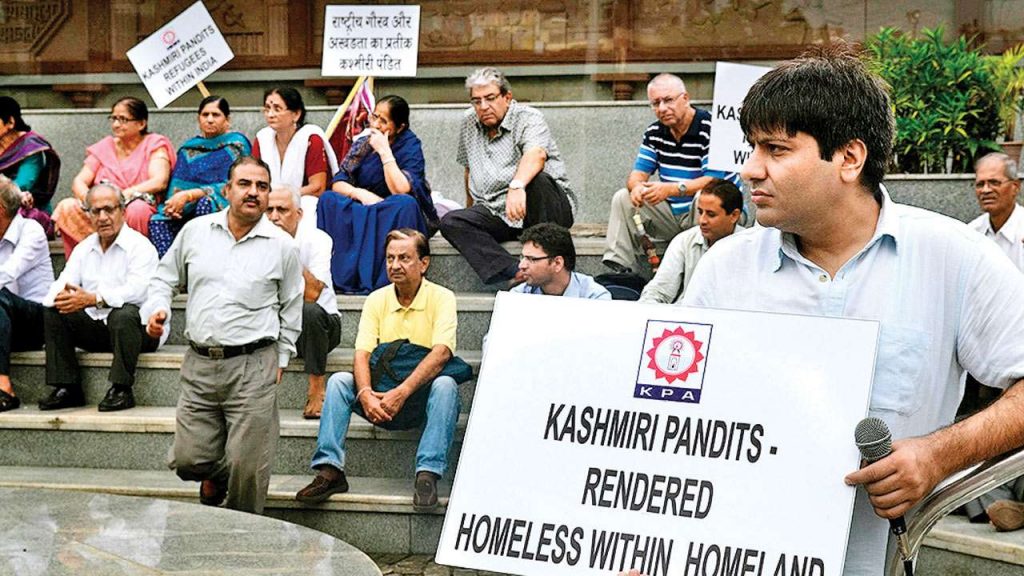 Kashmiri politicians like Omar Abdullah and Mehbooba Mufti want a separate Prime Minister for Jammu & Kashmir. This, they say, is in accordance with the terms of accession of the State and therefore a Constitutional demand. In the same breath, Mufti says, “We are Muslims”. So what they are actually asking for is a Muslim PM for J&K. Omar Abdullah went a step further and talked about a separate President as well for the State.

What a convenient arrangement for the father-son Abdullah duo to split the plum posts between themselves and spend the rest of their political life in the comfort of dynastic rule! Mufti would, on her part, alternate with the Abdullahs in an incestuously close contract of family rule, all in the name of keeping the Kashmiri identity distinct and separate from the State’s oneness with the Indian nation. They do not mind the State remaining within the Indian Union so long as it vests in them the power of ruling the State and takes away from them the responsibility of protecting the State from external threats.

It is obvious that these politicians look at people as Muslims and non-Muslims and practise partisan politics. They are simply not concerned about national issues although they do vent their spleen from time to time at the perceived Hindutva policies or initiatives of the NDA government. It is evident that they don’t have faith in a non-Muslim (read Hindu) nationalist Prime Minister like Narendra Modi. They believe that only a Muslim PM is capable of governing the State with the interests of the Muslim community in mind.

Obviously, they consider the interests of the Muslims and those of the others mutually exclusive. They don’t believe in communal amity and religious harmony. Why else would the response of the State’s political spectrum to a mass exodus of Kashmiri Pandits, running into hundreds of thousands in 1989-90, be a deafening silence? Wasn’t it a case in point when the separatist Muslim leaders fanned communal passion and tried to precipitate a flagrant ethnic cleansing? Fortunately and inexplicably, the sordid communal conflagration remained a localised affair and did not get out of hand. If it had spread to the rest of India, what was to follow might have been the equivalent of a sequel to the partition of united India.

It is more than evident that the separatist Muslim leaders of J&K want an Islamic nation for the Muslim people. Within the framework of the India that we know, this is high treason and sedition. For achieving their eventual goal of secession from India, the self-serving separatist Kashmiri leaders are well aware that they stand no chance against the powerful military and industrial complex of India. They are, therefore, reconciled to inching towards their goal, with the demand for a separate PM and a separate President and a continued special status for the State. Simultaneously, they are all for rallying the support of Pakistan, which wants to see India’s disintegration.

There is no dearth of separatist Kashmiri leaders operating within the State receiving support from Pakistan. Yasin Malik, the chief of the Jammu Kashmir Liberation Front, is a case in point. Although he speaks of the independence of J&K from the rule of both India and Pakistan, his cavorting with the Pakistani politicians, on and off, singles him out as a party in nexus with Pakistan.

Syed Ali Shah Geelani, the pro-Pakistan separatist Hurriyat leader, is reportedly receiving terror funding from Pakistan for his separatist movement. His two sons have been subjected to interrogation for involvement in the charge, and his son-in-law was arrested on charges of sponsoring stone pelting in the State. This case has revealed that in 2018 alone, more than a hundred stone-pelters and terrorists had received funds from Pakistan. That Geelani is a Pak-sponsored separatist is a foregone conclusion. The Pakistani media had quoted him as saying in 2010, “Hum Pakistani hain; Pakistan humara hai”, while he was addressing a large group of his followers.

After the Pulwama incident early this year, as part of a strong drive by our security agencies, the Enforcement Directorate levied a penalty of Rs 14.40 lakh and also ordered confiscation of nearly Rs 6.8 lakh in connection with a FEMA case against Geelani for illegal possession of foreign exchange. In the past, he had supported Afzal Guru, who was the mastermind of the terrorist attack on Indian Parliament in 2001 and Hafiz Saeed, Chief of Lashkar-e-Taiba and mastermind of the 2008 Mumbai terror attacks. He has also been supportive of Kashmir’s union with Pakistan.

Geelani has been receiving vocal support of Pakistan, and he has been criticised for being an agent of Pakistan by fellow Kashmiri leaders. Sheikh Mustafa Jamal, leader of National Conference, has charged him with being a double agent of Pakistan’s ISI and being on that country’s payroll. He is one of the regular pro-Pakistan separatist Kashmiri leaders who are invited to the National Day reception of the Pakistan Embassy in Delhi year after year. Asiya Andrabi, Head of Dukhtaran-e-Milat, Kashmir’s biggest network of women jihadists, has been in prison since July 2018 for waging war against India and other unlawful activities.

Known for supporting the infamous stone-pelting rallies in 2015 across the Kashmir valley organised by Masarat Alam Bhat, leader of the Pro-Pakistan Muslim League, she hoisted Pakistan’s national flag in Srinagar and sang Pakistan’s national anthem on that country’s National Day in 2015. Asiya Andrabi also incited violence by slaughtering a cow and released a video to defy the ban on the sale of beef in J&K. Her husband Ashiq Hussain Fakhtoo is a well-known terrorist and one of the top commando leaders of Hizbul Mujahideen, openly supporting the secession of J&K and its union with Pakistan. He has been in jail since 1993 for the murder of a human rights activist.

The recent development of open talk asking for a separate Prime Minister for J&K seemed to be a bait to the leaders of the leading national parties who were then trying hard to trounce the BJP at the polls and grab power at the Centre. Indian National Congress, the party most flagrantly notorious for its family rule, has not reacted to the demand of the separatists. It has, however, talked in its election manifesto of upholding the State’s special status besides holding talks to find an “honourable solution” to the problems that have come in the way of peace â€“ a euphemism for the party’s acquiescing to the latest demand.

The BJP has, on its part, denounced the demand, and instead, it has spoken of abrogating Articles 370 and 35A of the Indian Constitution. The party’s stand has been succinctly, if a bit too sharply, brought out in the words of its new entrant Gautam Gambhir: “Omar Abdullah wants a separate PM for J&K, and I want pigs to fly! More than a separate PM, Omar Abdullah needs some sleep, followed by a strong coffee! If he still doesn’t understand, then a green Pakistani passport.” Thus, the battle lines have been drawn and positions taken by all the major stakeholders. Now that the results of the General Elections 2019 have been declared and the BJP-led NDA government has been reelected we just need to wait and watch how things shape up in the coming months, which will ultimately decide the final outcome.