Communism does not speak of prosperity or plenty. It is obsessed with inequality, class struggle, the burial of capitalism and the bourgeoisie, power to the peasants and the proletariat and the withering away of the State. Not a very cheerful ideology for the people of a land subjected to a thousand-year slavery by successive invaders and colonisers. 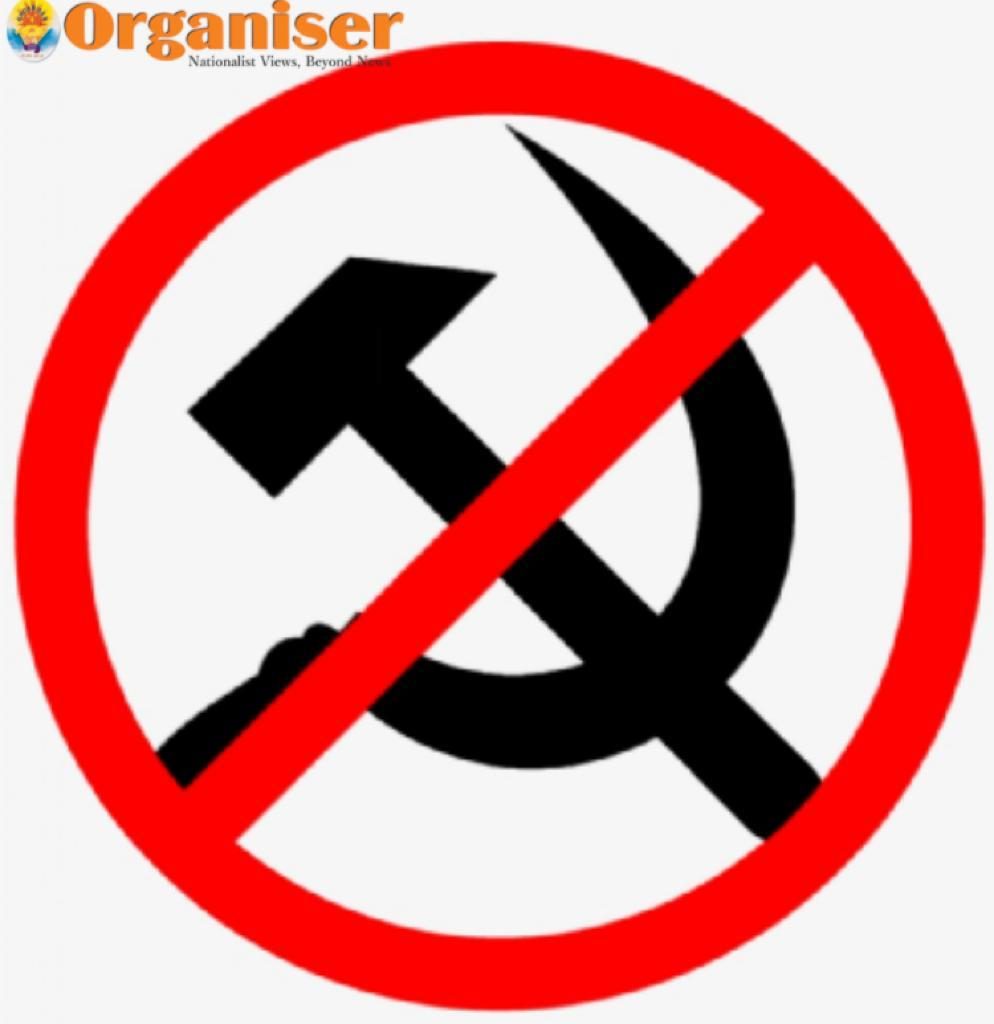 Communism is a dead horse, which has never completed a race when alive, let alone win a trophy. There is no hope for those who try to flog it back to life instead of burying it, carcass, memory and all. This has been proved time and again in several countries.

When country after country across the globe gave up on Communism, it is ironical that the doctrine still finds some patrons in the unlikeliest of places for its survival – India, a traditionally conservative country with a great spiritual legacy and cultural ethos and home to the Westminster-style democracy in a highly politically turbulent part of the world. Communism has managed to show signs of revival by feeding on the very democratic system in India which had allowed it a sanctuary. The resultant situation reflects poorly on the country’s political system with its inherent fault lines rather than on the strength or merits of the doctrine.

Prudence demands that for a successful economic principle or political doctrine, what is not desirable should not be conceived; what is not feasible should not be attempted, and what is not viable should not be pursued. Communism is neither viable nor desirable. This universal truth is more so in a resurgent India, which is poised for a giant leap ahead to become a Vishwa Guru. And yet, a clutch of power-hungry politicians in Kerala have been serenading the odious ideology of a bygone era with an extraordinary passion and fervour.

It is rather strange that the people of a State with the highest literacy rate in the country have bidden adieu to pragmatism and fallen for the emotional appeal of a non-workable ideology. Apparently reconciled to the mistaken belief that there is a global conspiracy to stifle an ideology perceived noble, the people of the State seem to have taken it upon themselves as an onerous task to defend it and reboot it to its days of worldwide glory! Never say die may be a good policy but if someone has already died,then it is a must to bury the dead body.

Communism does not speak of prosperity or plenty. It is obsessed with inequality, class struggle, the burial of capitalism and the bourgeoisie, power to the peasants and the proletariat and the withering away of the State. Not a very cheerful ideology for the people of a land subjected to a thousand-year slavery by successive invaders and colonisers. And that too for a people who were heirs to what is arguably the most ancient civilization in the world, a religious and spiritual temperament that has successfully withstood the onslaught of alien faiths, and is home-ground to several native dogmas, cults and philosophies.

And yet, Communism managed to secure a toehold in India. Wherever it was allowed to compete with democracy for the right to rule, Communism has left a trail of blood and brutalisation of the rival parties.Human lives mean precious little to Communism, which uses all ploys and instruments at its disposal to uproot the existing system and foist itself to fill the political vacuum. It connives with extremist outfits and terrorist groupings and lends support to them in their armed struggle against an orderly society. Communism believes that an orderly society is reflective of complacency on the part of a people, exploited and infused with a stupor of indifference, by the ruling class. The society must, therefore, be subverted from within to allow room for operation by the party. To this end, the party encourages infiltration by its cadre into political and administrative institutions, judiciary and the media. 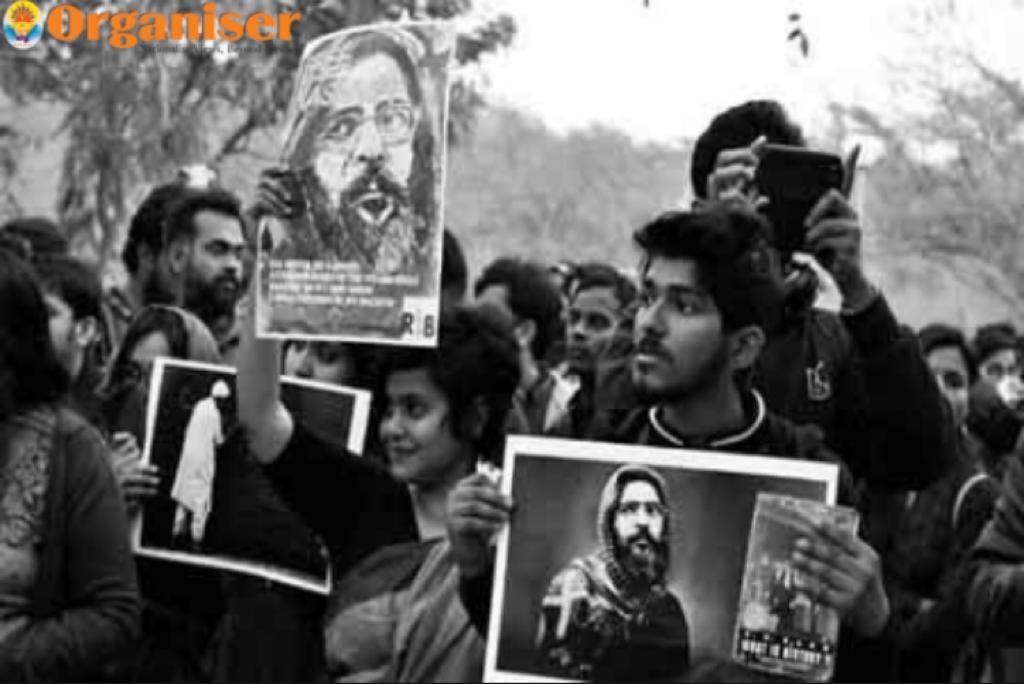 Democracy is dubbed as the sword arm of the Capitalists which must be got rid of to make room for the Communist rule. This is, however, a hidden agenda. To realise this task, Communism puts the extremist and terror outfits such as Naxals, Urban Naxals,People’s War Group, Mao’s Army, etc. to use. Communists are good at the run-with-the-hare-and-hunt-with-the-hound game. They contest elections to the Parliament and the State Assemblies sometimes on their own and on other occasions in alliance with locally strong parties.

Before and after the elections which are a mere charade for them, they work hard to weaken and subvert the democratic institutions such as the judiciary, administration and the executive. Weakened institutions depict a slackness and inadequacy on the part of the State and lead to the people despairing and becoming dismayed over the system. The Communists support anti-national elements such as the tukde-tukde gang, which operate with the support of the anti-social and anti-establishment sections of the media.

Intending to further weaken the democratic system, the Communists interfere in matters of faith, such as the Sabarimala litigation case. The ultimate idea is to create all-around anarchy and erosion of faith in the system and amidst the unifying forces of the native religious and spiritual bodies of faith. The truly tolerant spirit of Hinduism,which has a nationwide presence of cultural and spiritual bonds of cohesion is dubbed and derided as hollow.

Wherever they are in power, such as in Kerala, the Communists undermine the role of Hinduism as a binding factor that unites people all over the country, cutting across barriers such as caste, language and regional nuances and idiosyncrasies. To this end,they have no qualms about lending oblique or even flagrant support to the elements that are anti-Hindu and incite communal disturbances and religious acrimony. 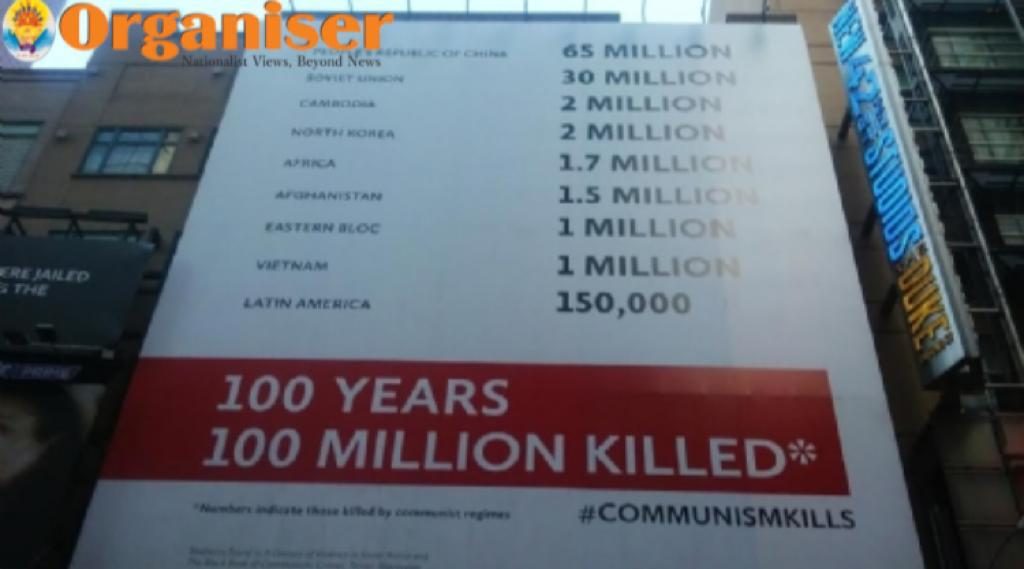 Kerala is a classic case of the ruling Communist Party showing the ugly side of its face by commissioning brutal murders of the party cadres of Hindutva organizations such as the BJP and the RSS. The Communist Party is terrible while it is in the opposition and worse when it is in power.

The Communists do not have a viable economic policy and defray their time and energy in fomenting trouble for the industrialists with labour unrest. They don’t support proposals for the setting up of new industries in the State. Pitting up the labour and the employers against each other is a fulltime job for the Communists. Having no claim of their own for economic growth or social progress at home, they take recourse topeddling cooked-up stories of distant lands where the ground reality is far different from their hollow claims.

In the changing context of worldly order, which ceased long ago to be bipolar with the Capitalists and the Communists pitting forces against each other, Communism is an outdated concept. It holds no ground in a market economy where the focus is on production, marketing, creation of labour-friendly working environs, and generation of sustainable profits funnelled into management-labour harmony.

In view of the above, it is high time that India woke up to the reality of the chimera of Communism and put it to rest for all times to come. The grounds for the ban are several – the Communist Party is the fountainhead of extremist and terrorist outfits,anti-national and anti-democratic sentiments, anti-Hindutva and anti-humanitarian stances and dalliance with covert operations and overt collaboration with enemy countries.

80 thoughts on “A Case for the Proscription of Communism”