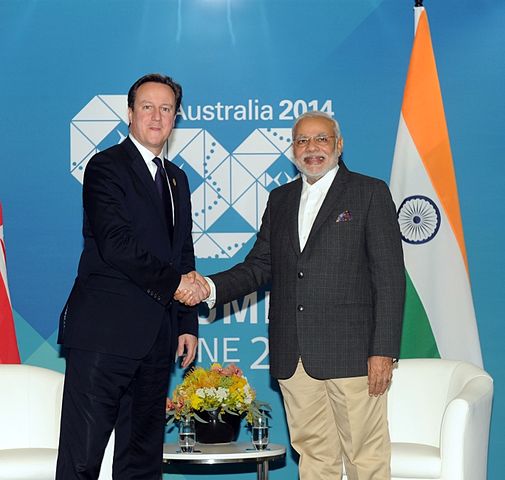 Westernization is nothing but embracing the culture, ideas, lifestyle, values and guiding principles of the west by communities from other geographical locations.

But, isn’t it all within? Moody’s has lately upgraded India’s sovereign rating outlook to ‘Positive’, which previously stood at ‘Stable’. The reason cited by the rating agency was perceptive and constructive measures taken by the Narendra Modi-led government in past months, and same factors are to attract more and more foreign fund inflows to India. Let’s now dig some soil and pull out facts about economic richness of the country as embraced in the history of this world. Indus Valley Civilization is said to have initiated the economic history of our country, then by the Maurya Empire, followed by classical civilizations of Rashtrakutas and Western Gangas, and it was during this phase that we had the largest economy in the world up until the 17th century and the rise of the Maratha Empire. The accounts of historical facts approve that India was the richest economy in the world and our dominance was led by the personal shrewdness of rulers and traders, political unity and unbroken security.

Why I have cited these details and will quote a few more is for the reason that we are, more or less, scrutinized basis the global parameters, ranging from contribution towards world’s GDP growth rate to sentiments of investors towards us, and a minute elevation of us in these ratings makes us feel assured, relaxed. Have we turned so global that in case we are termed as one of the most promising emerging countries of the world, we tend to forget our opulent past, the caliber of our forefathers and the way they made not only India develop, but the global trade until the 1700 AD depended substantially on South Asia’s master, India? In no way can this discussion lead to or justify complete self-dependence for the purpose of attainment of goals ranging from wider employment prospects for the youth and prosperity of agriculturists to empowerment of women and education for all. But ‘dependence’ cannot be a thorough and unanalyzed adaptation of western socio-economic and political concepts and philosophies; rather it is just getting what we are deficient in, for say nuclear arsenal from France and Canada, and evolving ways for making India a flag-bearer in the contest of universal development.

Now when the current PM has linked development with environment, it is crucial to see when we would unlink development and westernization. Sensible appraisal of the past will be the key to initiate the revolution for India’s true social and economic growth. The decline in Indian industry was much palpable during the colonial period, the time, when in the 19th century much of the world was undergoing industrialization, but India lagged behind. Technological innovation was the basis of the lead that European nations were able to take; India being an agriculture-dependent and a low wage country trailed. The turning points, however, came when entrepreneurs like Jamsetji Tata, a visionary who setup TISCO with tactical arrangement with the British that any surplus production will be procured by Britain, paved way for technical skill enhancement and adequate pays to industrial laborers. Today, if we stay restricted to just the western paradigm or the feat of Bill Gates or theories of communism by Karl Marx, we might not prudently judge the needs of the Indian socio-economic and political spheres, also, we may invite long-term damages in desire of short-term advancement on the global parameters of growth.

Call it ‘Bhartiyata’, ‘Hinduism’ or anything else; the bottom line is that the brains, arms and hearts of India are capable enough to take the country to new echelons of success without relying on the notion of blind westernization, rather by inventing novel concepts and making resourceful use of our assets, tangible as well as intangible. So if today, we assess the development of our women as per the benchmarks set by EU countries or the U.S., or we measure the level of climate change in accordance with the limits set by the WHO, and find ourselves as progressive, the tasks remain half-done. Where are the national parameters that in my view can even be harsher than the global ones, but they would carry and remind us of the rich past that was able to cater to the demands of the Indians; we have, however, failed to deliver these since decades owing to our political and communal weaknesses? Shouldn’t we crave for deep analysis of the commerce and technology world-over, absorb the pros, yet for the real betterment of our craftsmen and small-scale businessmen, discover and revive our old but tested methodologies so that wage earners do not lose jobs, available entrepreneurship is fully utilized, and the center of production be cottages, farmlands and homes, not mere factories.

On one hand is the model of the west, where consumption and value of commodities determine progress of economy, while on the other was Indian theory of contentment. There is no harm in studying the pluses of the west and procuring resources that aren’t easily available within the borders. New alliances, pacts and consensus must be a part of the foreign policy of the government; along with, however, the hidden Indian pluses and apparent minuses are to be worked out. In the wake of human rights, activists of the west placed humans above all, above the remaining living beings, but the principles of ancient as well as modern India differ, on basis that cows here are considered divine and though humans are to be cared about the most, this cannot be on the cost of other creatures, an example set by the Maharashtra government which recently banned beef consumption. What good are human rights if they supersede core human ‘values’ like love, help and sympathy? What good could be throat-cut competition, self-concentrated pricing policies, sub-standard production, and use of muscle-power and caste-equations in winning over an election?

Believe it, by the grace of the Almighty, we have all the resources that add to build a developed nation. Manpower, capital and acumen, we aren’t lacking in any of these. In fact, lacking is the national pledge, pledge to use unity and uprightness as the drivers of our growth and supremacy. Today, the socialism and communism as advocated by minds like Karl Marx and Joseph Stalin, and adopted as a philosophy by many countries, has lost its essence in the dust-storm of corruption and self-centeredness. To regain the title of being the richest country, we are to exploit core Indian values and philosophies. A philosopher, teacher and strategist, Chanakya authored Arthasastra and is credited as the mind who played the most pivotal role in the establishing of the Maurya empire; a lawyer, freedom fighter, and social and political activist, Mahatma Gandhi who stands tall in London’s Parliament Square; Mother Teresa; Dr. Abdul Kalam; Vinoba Bhave; J R D Tata, and a few of those names that are evidences of our aptitude; I hope that the government would turn today’s youth in the similar direction, and the blind motive of westernization will be superseded by intellect endeavors and exploitation of indigenous resources.

India’s intellects’ obsession of the west finds its evidence in why the man who laid the foundation of political integration of India, Sardar Patel, is compared to Otto Bismarck, the man who united Germany in 1860s; the irony is that Shakespeare was and is never termed as Kalidasa of the Great Britain, or Napoleon as Samudragupta, the military genius, of Europe. Let me very clearly and fearlessly advocate adopting of Indian values and richness as guiding principles for our future actions, in contrary to blind following of the west. ‘Development, Modernization and Westernization can never be synonymous.’