Old order changes yielding place to new. Transition periods of the old order to a new one form the cradle of crises. It is during a crisis that one feels the need to innovate and reinvent himself. A chrysalis does not remain within the cocoon for long but undergoes a metamorphosis during the course of its short life before turning into a butterfly. Just as necessity is the mother of invention, crises throw up motivating circumstances that produce the essential drivers to innovate. A crisis brings value addition to life by shoring up a critical mass of transformation from a state of complacency. 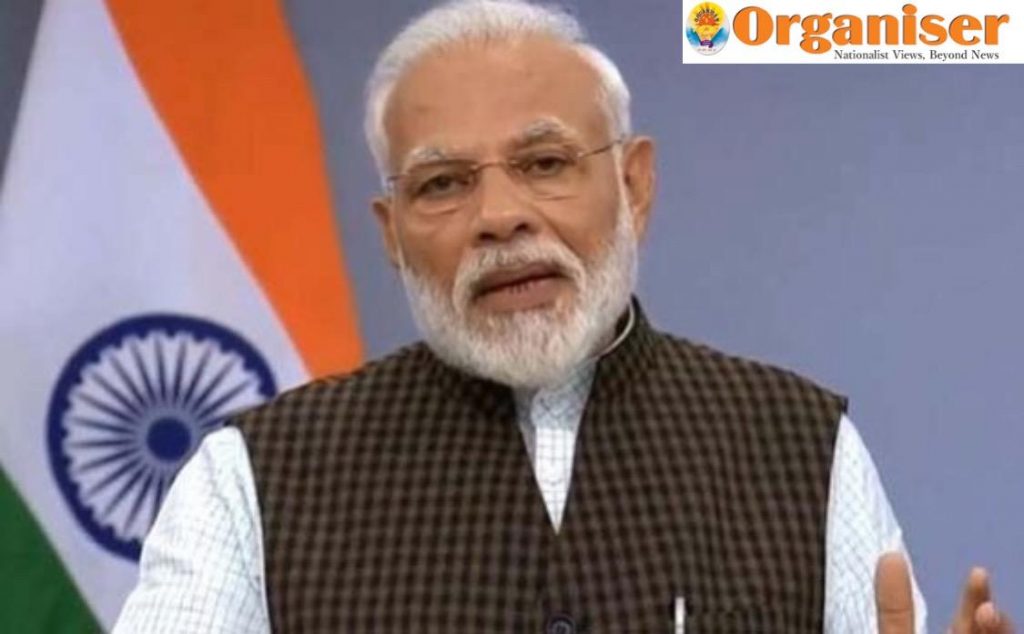 Modi government has been battling coronavirus with proactive steps since January

With the ouster of the United Progressive Alliance (UPA) government and the induction of the Narendra Modi-led National Democratic Alliance (NDA) government, our country entered a critical phase of political scenario that experienced a complete change inside-out. The new government had two priority issues clamouring for immediate attention – terrorism and black money. The only alternative available to the government was to willingly become a victim of policy paralysis like the previous government; this would entail allowing its tenure to run its course without the issues being addressed.

True to the axiom that when the going gets tough, the tough gets going, the Modi government got cracking on the threat of terrorism and the scourge of black money to get them out of the way. Several Indians and institutions like Indian Institutes of Technology (IITs) have had to their credit innovations in the past. However, no single individual or agency has managed to innovate for the betterment of the society or progress of the nation more than the current government.

Former Reserve Bank of India (RBI) governor D Subbarao had very aptly termed the BJP-led NDA government’s decision to demonetise high-value currency notes from the economy as the “most disruptive policy innovation since 1991 economic reforms”. By introducing the very bold innovative idea of Demonetisation, Rs 500 and Rs 1,000 denomination currency notes that amounted to nearly 87% of the total banknotes in circulation were made invalid. Smuggling of counterfeit currencies from across the border abruptly ceased. The government turned off the taps of terror-financing made through hawala transactions.

This struck at the very roots of terror operations, stone-pelting and protest rallies orchestrated in the Kashmir valley with an alarming frequency for years on end, bringing them to a complete halt. The move also dealt a body blow to subversive operations by the Naxals and Maoists in other parts of our country sitting on piles of stolen and extortion money. Furthermore, Demonitisation brought to a virtual halt the reprehensible role of black money in elections. It also inflicted a major blow on some of the political parties and the dubious forces behind them which were sitting on heaps of unaccounted money. This, in turn, brought about transparency in politics and marked the beginning of an end to the flagrant use of money power that was the mainstay of corruption in public life.

The Central government had several more innovative ideas that were translated into people-friendly schemes such as Pradhan Mantri Jan Dhan Yojana, Swach Bharat Abhiyan, the building of adequate numbers of public toilets and toilets for girl students in schools, Namami Gange project, Pradhan Mantri Ujjwala Yojana, Beti Bachao Beti Padhao Yojana, Pradhan Mantri Mudra Yojana, etc. These were not schemes on the lines of a host of welfare schemes that the previous non-BJP governments had been launching from time to time that either remained on the blueprint or ended up as corruption-breeding scams or scandals.

Instead, these were schemes based on issues which had never been addressed in the past and hence were termed as innovative. The implementation of these schemes and other government projects is strictly followed, and the progress monitored at both micro and macro levels by the Prime Minister himself through periodical video conferencing with both the political leadership and official representatives at the State level. A hands-on Prime Minister at the top of the schemes and policies, with innovation as the USP!

At the socio-political level, the government has enacted, to its credit, innovative laws. Articles 370 and 35A of the Constitution were abrogated, and the erstwhile State of Jammu & Kashmir converted into two Union Territories. This changed the power play in the nation’s Kashmir policy not only internally but also concerning the nation’s relations with Pakistan. A dire warning had already been issued to that country by means of a bold surgical strike. 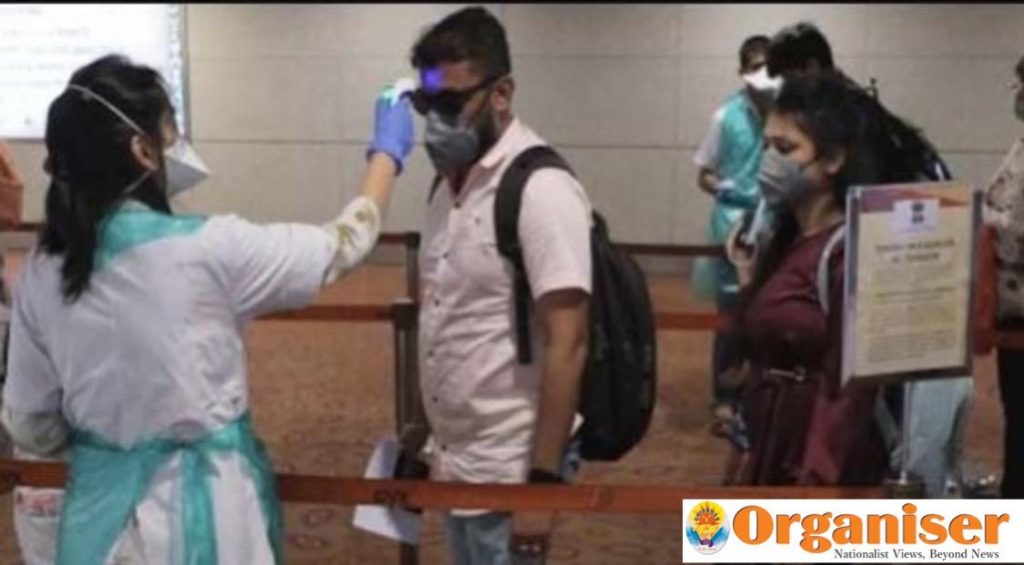 India implements the strictest lockdown in combatting Coronavirus, scores 100 in a Stringency Index by University of Oxford

On the conclusion of the Ram Janmabhoomi court case, the Union government moved in quickly to initiate the construction process of the Ram temple at Ayodhya. Abolition of the odious practise of Triple Talaq was enacted into law. The Citizenship Amendment Act was also swiftly passed. In all these matters, the government painstakingly stayed the course of legislation and legality without succumbing to the temptation of short-circuiting the due processes. How all these actions and measures qualify to be termed innovations in the face of crises could be understood by an appreciation of the grim situation faced by the BJP before the 2014 and 2019 Lok Sabha elections.

Necessity is the Mother of Innovation

Although the court had acquitted Narendra Modi in the case against him over the Gujarat riots of 2002, his rivals had mounted a vilification campaign against him and questioned his moral authority to be in power. Likewise, even though the allegations against him and his government over the Rafael procurement deal had been summarily dismissed by the court, his tormentors won’t stop slinging mud at him. The character assassination of Modi had reached such a crescendo that but for his track record as a performer first at the State level and then at the national level, the layman would have swallowed the baseless propaganda hook, line and sinker notwithstanding the verdict of the court.

In that eventuality, the BJP would have missed an excellent opportunity to form the government at the Centre. It was a life-or-death situation for Narendra Modi, the politician. There could hardly have been a more significant crisis in one’s personal or public life. In such a do-or-die case, he had to deliver. And deliver he did, and that too stupendously well. The ‘jugad’ politics of appeasement that had been the hallmark of the non-BJP regimes of the past was replaced by clean governance, transparency and accountability. This was made possible by the government’s innovative policies which were consistent with the ruling party’s action plan and in consonance with the people’s welfare and national interests.

For instance, a word of praise for India’s pioneering role in implementing changes which leapfrog women’s empowerment and equality for generations ahead has come from the United Nations itself. Ms Anita Bhatia, Deputy Executive Director of UN Entity for Empowerment of Women, has referred to India as a crucible of new and innovative ideas and approaches, which could be shared with other developing nations for the enhancement of economic opportunities for women. While doing so, she highlighted the implementation by India of several effective measures and policies towards ensuring women’s economic empowerment such as the National Rural Employment Guarantee Act 2005 and the Maternity Amendment Bill 2017.

Yet Another Crisis Begging Innovation

Lately, as part of its fight against COVID-19, the government has been urging scientists, medical fraternity and the public to come up with innovations that could provide the answer to the most significant challenge faced by humankind. India will undoubtedly rise to the occasion as it has always done in the past in crises.

(The article ‘Governance and Innovations amidst Crises‘ is published in ‘Organiser’)

88 thoughts on “Governance and Innovations amidst Crises”