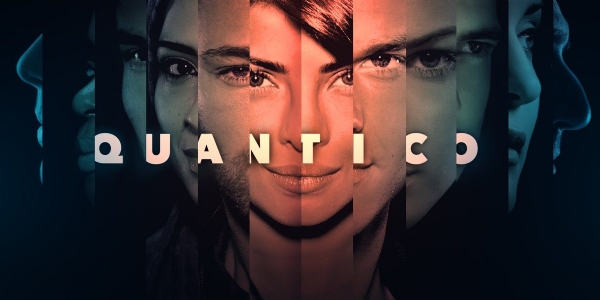 How does the world see India? Indeed, they see it through various platforms, including the media. Our ambassadors abroad – some appointed by the government as diplomats, while others not formally appointed but owing to their exceptional talent they become the face of the Republic of India – represent the country and its inhabitants. Now it is upon these people to present their homeland in good light, so that not only our cultural diversity is cherished overseas but also the investors looking forward to parking their money in foreign assets view India as a politically and economically stable country.

One of India’s leading actresses has been representing us in the US for quite some time through her active participation in the Hollywood film industry. I would refrain from taking any names but yes, as the former President of India recently noted in a gathering organized by the so-called right-wing group, the RSS, that freedom of expression and criticism only opens avenues for improvement, I shall enquire into the probable possibilities of how this actress’s recently aired television show undermined the interests of us all.

Barely reported by the Indian media, which as we all know is inclined toward the Left, this incident involves an episode of the drama series Quantico where a man was apprehended by the actress (as a part of the FBI team), ahead of executing a terror attack in NYC, by way of recognizing a Rudraksha in his neck as a probable symbol of right-wing terrorism. The man mentioned was shown as bidding to thwart a peace dialogue and deceitfully implicate Pakistan.

The liberal front may find nothing wrong or disreputable in such depiction of a Hindu man. Art, they say is a free space and unless it has the autonomy to show anything and everything, by way of even distorting historical and cultural facts, it rarely can achieve its goal. Is it so?

Critics all across the modern world, founded on the soft power of America’s burger and denim jeans, decry prejudice when women are depicted as weak and dependent on males in movies and TV shows, when transgender community is depicted as nothing more than sexual perverts and Muslims are depicted as the single-largest community responsible for worldwide terror. It is to be accepted, however, that most of these portrayals take some hint from real-life incidents, but yes exaggerating the behaviors in a way to sensationalize and evoke sympathy, laughter or condemnation has crossed all legitimate boundaries.

The concept of right-wing terrorism is an idea invented by the same liberal media. The white supremacy groups of America are said to have employed unfair means to hold on to power in the West. In India, the concept involves accusing Hindu religious figures and their groups of using violent and forbidden means to silence religious minority communities based in the country.

Indeed, a few arrests have been made that involve Hindu religious figures as suspects in cases of terrorism.

The current dispensation of India is also facing the wrath of free press for allegedly turning a blind eye to instances of violence against religious minorities by fringe elements from far-right Hindu wing. While the country desperately needs radical reforms in politics and economy to lift millions out of poverty and distress, a parallel narrative of intolerance is being publicized with such vigour that reforms ranging from free LPG connections to loans without collaterals to depressed classes are being dwarfed by allegations of Hindu-centric governance. The national identity scheme, Aadhaar, which aims at curbing leakages in subsidies, is being illicitly projected as a tool for discrimination by the state.

There is also news of some revered figures from the Christianity faith warning to the members of their community of an attempt by the present government to undermine the Indian Constitution and damage the secular fabric of the country. For the minority communities, the videos showing the Prime Minister pausing for the Muslim evening prayer, Azaan, during his public speeches as a show of respect to religious diversity of India make a good watch.

And then this episode of a crime drama that counts among its lead actors a well-known actress from India. The timing suggests of nothing more than propaganda in place to depict the Hindu community as a flag bearer of intolerance toward other faiths.

History provides enough evidences of the US using Pakistan as a way to weaken India’s sphere of influence in Asia. The third largest economy of Asia, India, is a nuclear power and the engine of growth for much of Asia and the world owing to the burgeoning middle class and its demand for goods and services. From providing arms to Pakistan to compelling India to adopt a soft stance on terrorism incubation centres in Pakistan, first the US and now China has attempted to undermine India’s interests.

US, however, has learned from its past mistakes and the coining of the term ‘Indo-Pacific’ is a clear evidence of America’s acceptance of the rising power of India. India is now a strategic defence partner of the US and our admission into the coveted nuclear groups is backed by much of the West. Yes, Pakistan’s all-weather friend, China, may have made endeavours such as the Belt and Road Initiative to bully India, not much success from these projects is expected.

But why at all are we discussing geopolitics here? Because movies and TV shows possess the power to alter how people view their surroundings. The TV show, whose majority of audience is in the US, only promotes the unfounded theory of the so-called right-wing terrorism, eventually depicting India in bad light. In fact, it doesn’t draw inspiration from any real incident but the writers may have contemplated the use of Hindu terror as a way to sensationalize the project, which is witnessing steady decrease in TRP.

And this all occurred in the presence of an Indian actress who in the episode foiled the terror bid. As a responsible representative of the Indian people, she had a good chance to stop the producers and other parties involved from cunningly using right-wing terror theory as a way to garner interest of viewers. Indeed, the plot was nothing more than a figment of imagination, but yes it had the capacity to seriously harm the interests of all Indians.

Now that the episode has already aired, at least an apology from the actress is awaited. ABC Studios and executive producers of Quantico have already tendered an apology to Indian fans; it is now on the Indian actress to do her part.

(The article is featured in ‘Organiser’ )

Did ‘Quantico’ Become A Vehicle For Anti-Hindu Propaganda?

92 thoughts on “Did ‘Quantico’ Become A Vehicle For Anti-Hindu Propaganda?”